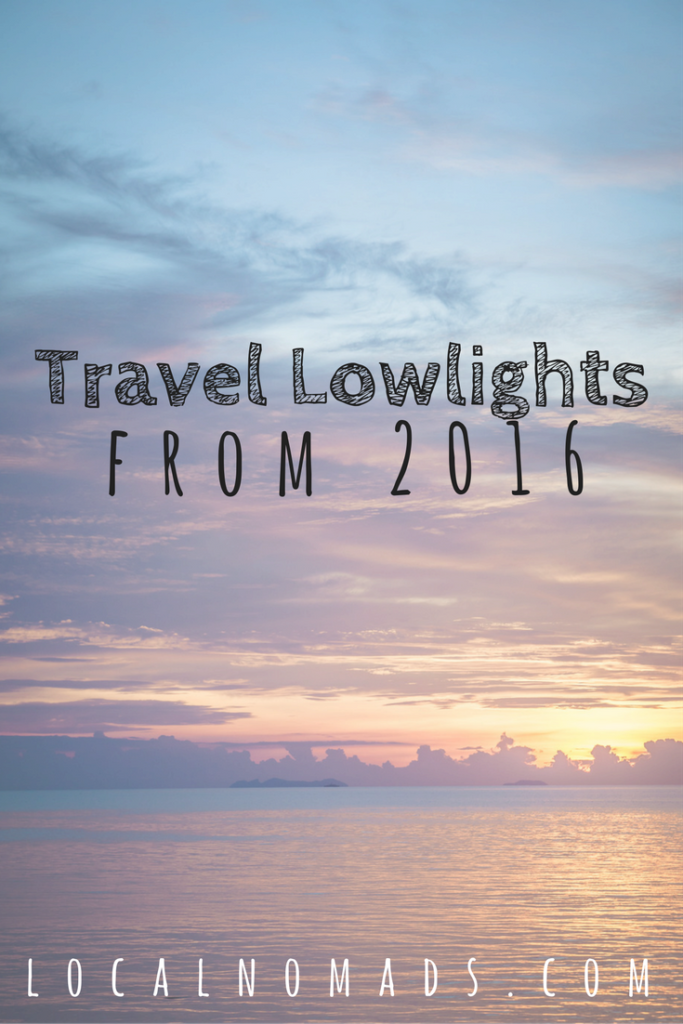 2016 is claiming its last few victims in this countdown to the years end, and I’m thinking, wasn’t the Standing Rock situation and Bowie enough? Must you ruin everything we love, 2016? I think we’re all ready for it to be over. 2016 has been a hell of a year. Just count the number of celebrity deaths, the number of countries in turmoil, the climate. I guess it wasn’t all bad though, legalization of cannabis, and the 100th Anniversary of the National Parks happened, so haha we got you there 2016! (but seriously will you just fucking end.)

To commiserate with the rest of the world we wanted to share with you the shittiest things that happened to us in our 2016 travel adventures. Being full time travel bloggers is not all sunshine & rainbows, you know. We do travel to incredible places, and we do cool things some times. But we’re normal people, shit happens. Sometimes life gets in the way. Some times your camera breaks.  Sometimes you just have to surrender to the flow and clean the shit off the fan. It is how you deal with those sticky situations that makes you or breaks you. Anyway, let’s get on with it… 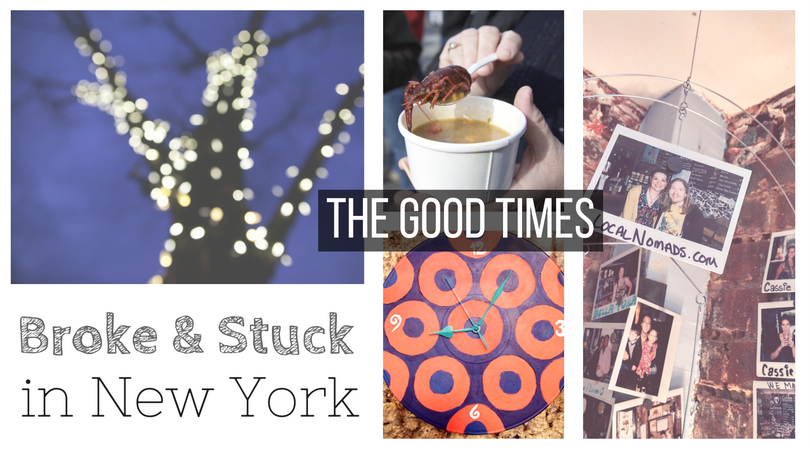 No offense to our families, we loved spending all that quality time with you, but it’s difficult to remain in a place when you have no money and no job. We had to get creative to make some money. Before the holidays, we made clocks and jewelry out of old vinyl records from Adam’s basement. We were desperate to get on the road to our next destination Grand Canyon, Arizona. All we were waiting on was the job process.

The silver lining: being unemployed and having the time at our parents house gave us the opportunity to work on the blog.

It helps when you’re mom’s got a comfy couch, and you can eat home cooked meals!

We did end up getting those jobs at the Grand Canyon. Adam became a bartender at the Yavapai Lodge and I worked the glamourous job of produce stocker at the General Store.

I do love my fruits and veggies! 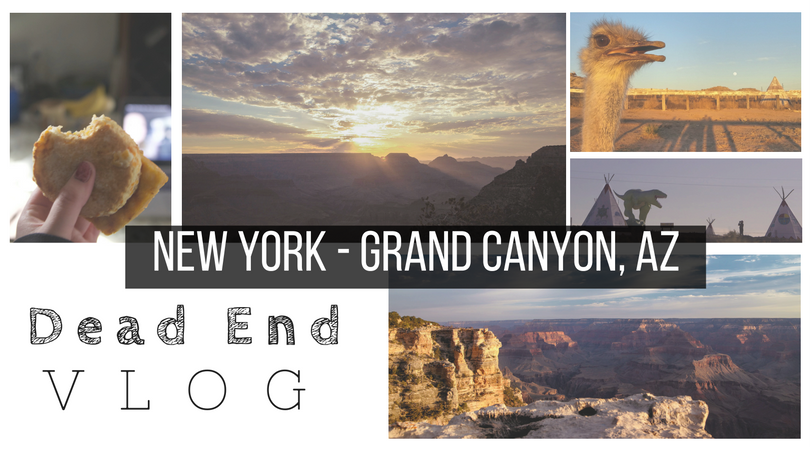 Once we finally got hired at the Grand Canyon, we were so stoked to start our roadtrip, capture the whole thing on video, and make a vlog about road tripping, canyon life, and all the new fun exciting blah blah blah…Well we started it, we vlogged our whole roadtrip, made 3 whole videos, put them on youtube and then.. WE got to Grand Canyon, Arizona…

I’m having a hard time finding a silver lining for this one.. maybe it just wasn’t the right time to start a vlog. 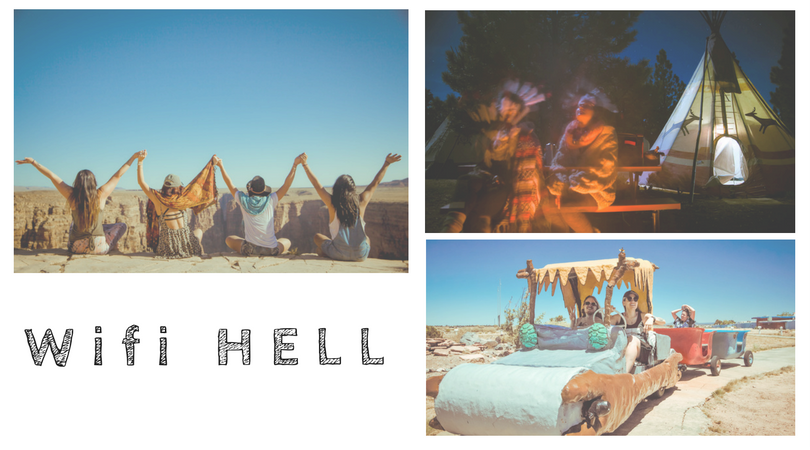 Working at the Grand Canyon was flippin’ AWESOME! There was so much hiking and camping to do, so much wildlife to watch, and so many tacos and tequila to consume. The internet however, was nonexistent. We couldn’t even make phone calls half the time. “Can you hear me now???”  There was no way for us to share our desert lifestyle with you.

The silver lining: We were able to save a lot of money living in the National Park. Accommodation was cheap, and we got a decent discount on food for working there. We also had the time to spend with our new really cool, really awesome friends.. 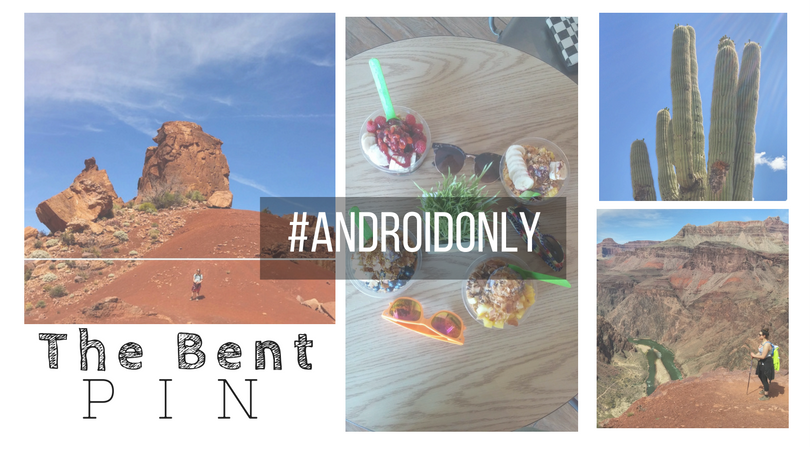 I shit you not… that’s what caused my camera to stop taking pictures for (what felt like forever) 3 months. On top of the lack of internet and phone service.. My camera broke.  Guess what else… the only camera repair shop in the state of Arizona (which is pretty damn big) is in Phoenix, a 4.5 hour drive from Grand Canyon. Ain’t NOBODY got time for that!!

Silver Lining: We got to see more of Arizona, especially the Saguaro Cacti and the Phoenix In n Out… 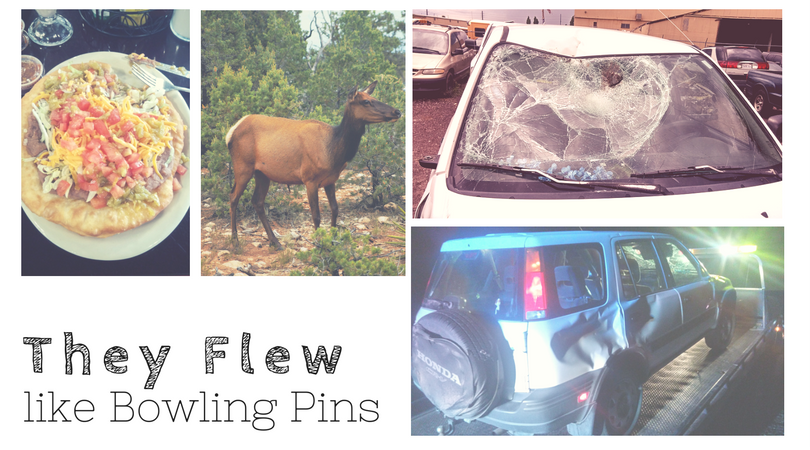 Lemme set the scene for this one. We put in our 2 weeks notice at our “South Rim Jobs” at the end of June. My parents were visiting, and I was taking them camping for the first time…  Adam had to work, and then he would be joining us. Well, 1am is THE WORST time to drive in Arizona in the summer. You think it’s a great idea with those wide open desert highways.. But those Elk.. The ones with the cute white furry butts and enormous racks of antlers.. Yeeeeaahhhh.. They’ll totally ruin your car. 2 weeks to go before our roadtrip.. and Adam hits an Elk in the middle of the night. (Adam was fine, not even a scratch except for the mental shock.)

The silver lining: We were going to have to sell our car before leaving the country which was now no longer a concern, and we ended up doing an RV transfer for the first time from Denver to San Francisco! Which was quite an adventure! 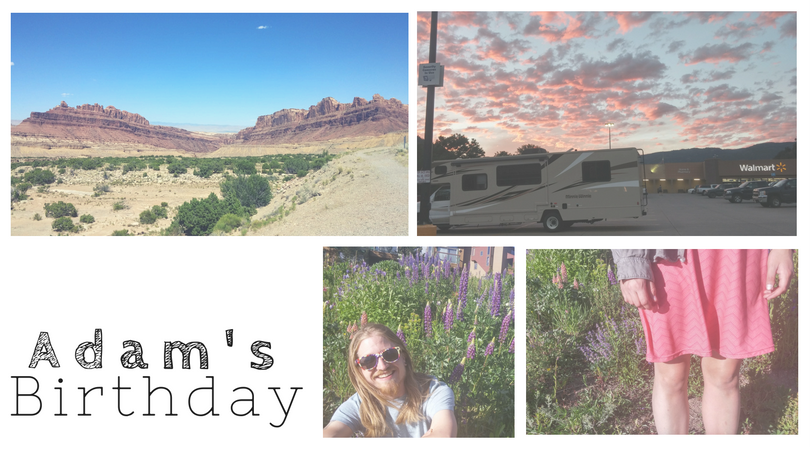 After picking up the RV from Denver (31′ with room for 8 people) we had a few days to drive it across to San Francisco. July 10th, we were driving through Utah. There was no way around it. Adam would have to spend his birthday driving across Utah. A 12 hour endeavor. We celebrated that morning in the Walmart Parking lot in Colorado, by making chocolate chip pancakes in the RV, and then we were off.

The silver lining: Stopping to see The Wedge, UT was awesome and listening to some funky jams on the drive. I-70 is incredibly scenic with tons of cool rock formations and canyons. There are even a few National Parks to check out along the way. 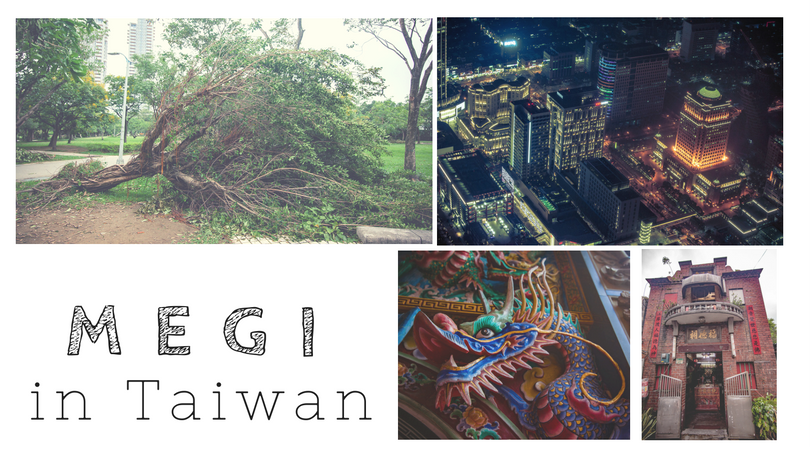 We managed to survive the rest of our time in the US, and even our 3 weeks back in Korea, then we got to Taiwan and were met by Typhoon Megi. Neither of us had ever experienced a typhoon. It was pretty exciting and boring. We spent most of the time in our Hostel and only went out to brave the weather to stock up on food.

The silver lining: We met some really great people at JV’s Hostel. We got to spend a lot of time with them chatting about the world, and hoping the roof didn’t blow off!! 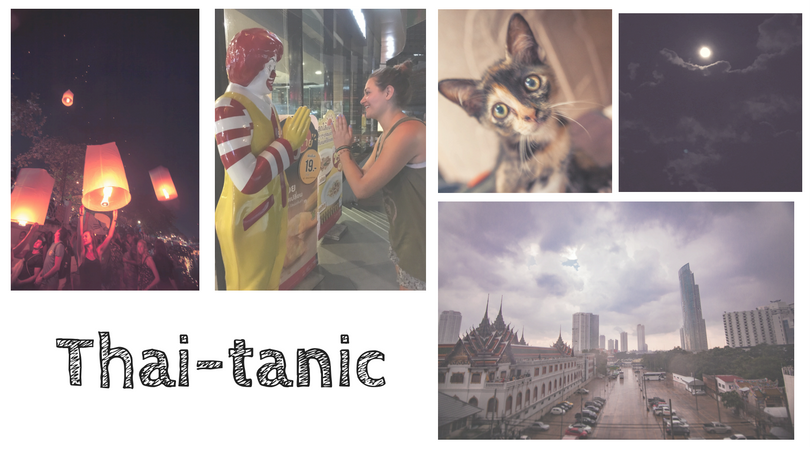 Despite the rain we managed to have a great time in Taipei and definitely want to go back. In October we finally made it to Thailand. And besides make a rookie mistake and getting scammed by the taxi’s at the Bangkok Airport, we’ve had an unparalleled amount of fun here. The final shitty thing we’ve had to deal with this year was more weather. As soon as we arrived back in Koh Phangan we were hit with the tail end of Monsoon Season. Just try to find a place to live and go around on a motorbike in pouring rain for a week straight. Or don’t, hopefully you don’t end up in a situation like that. The King did pass shortly after we arrived in October but it has honestly made this a special time for us to be here.

Silver Lining: We’ve made amazing friendships, human and animal, and on the web. We’ve experienced some amazing events, like the lantern festival in Chiang Mai and the Super moon in Pai. We’ve even had pretty great WIFI (for the most part).

Don’t you feel better now that you know we’ve had those moments too? Well tonight we can all rest easy, because 2016 is finally fucking over!

Overall we had a really life changing year, and I expect 2017 to be no different. We have Big Plans to come and hope you’ll continue along on this journey with us. Here’s to a serendipitous 2017 full of good vibes, good people, and lots of good change!

Oh and world peace of course…?

PS. As fate would have it, on this December 31st… 2016 strikes one last time. Dun Dun Dun… We headed out for dinner after Adam’s last class of the day/year. As we pulled into town our motorbike tire went FLAT!! We tried to have someone pump it but they refused and said it was too late. So we had to leave our bike in town and started walking back towards our bungalow, which is about an hour and a half walk from town, with hills. We first tried to take a taxi but they were asking way to much… (it being NYE and a Full Moon Party night). We got about halfway home before we were able to flag down a random truck. they stopped and agreed to take us home. We did make it home in time to get to the 7/11 to buy some champagne… I mean sparking wine. ??

PPS. If anyone is wondering what our plans are.. we’ll be celebrating in the AM with the 4th Night of Phish at YEMSG! If we can’t attend the Garden Party, we may as well stream it. [Gone Phishin’ in the stream]

If you had to describe 2016 in one word what would it be? What one word do you want to define 2017? Let us know in the comments!