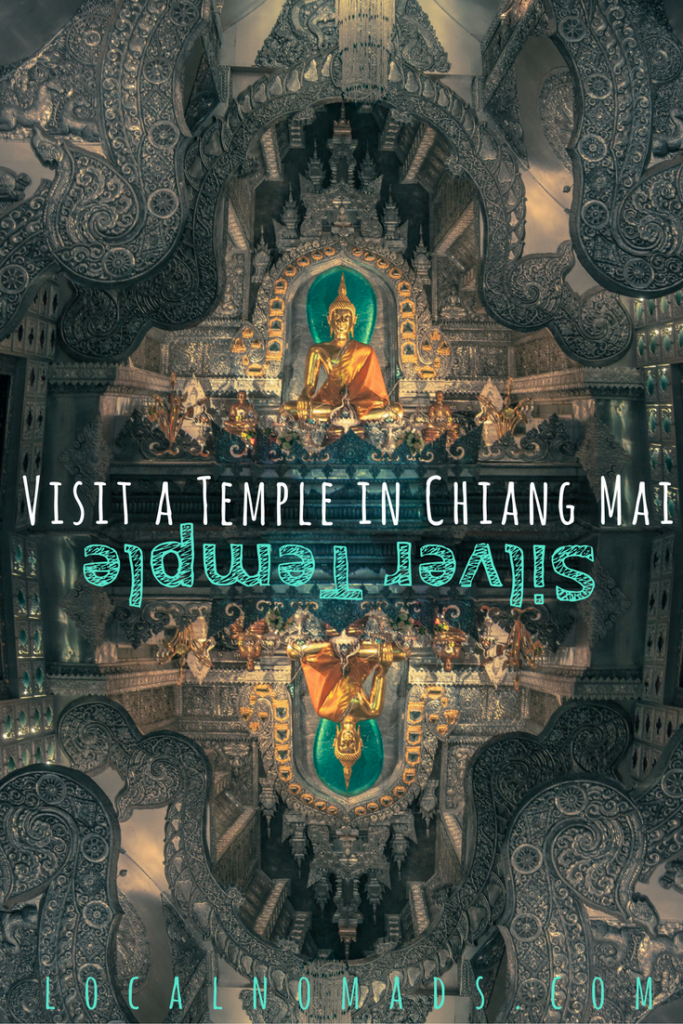 “The art of living… is neither careless drifting on the one hand nor fearful clinging to the past on the other. It consists in being sensitive to each moment, in regarding it as utterly new and unique, in having the mind open and wholly receptive.”

Visit Wat Sri Suphan in Chiang Mai, Thailand’s only Silver Temple. The incredibly detailed work, crafted by silversmiths and metal smiths took 12 years to complete. In the evening, colored lights are cast onto the structure creating a beautifully changing aura. Once completed it became a National Memorial for the 9th monarch, His Majesty King Bhumibol Adulyadej. It was an amazing site to see so many visitors lighting candles to pay their respects to the late king.

We visited on a warm Saturday evening, with a meditation instructor from the temple. She and her son are family friends, and they insisted on taking us, twist our arms right? This place was gorgeous and we’ll make any excuse to visit a temple. This is actually the first one we’ve visited since being in Thailand. Women are not allowed inside the Silver Temple so I sent Adam in with the camera to take some interior photos. Of course with his new look (braids) he was questioned as he walked in by the man making announcements. “Excuse me, lady are not allowed in the temple, ” of course Adam turned around and flashed his beard, “Oh It’s a Man!” Adam has had long hair for a long time and is used to these responses, but I’m sure that man felt pretty awkward after the fact. Though, he was only doing his job.

A few minutes later however, a women actually snuck in without the man noticing until it was too late, the damage had been done, the interior of the temple had been patronized by a woman. She was not the only one that evening to blatantly disrespect the rules, though. Other tourists desperately trying to capture their new profile photo, walked straight past the line of shoes at the entrance to pose on the temple steps. As they hurried the actual temple worshipers, in or out of the temple, to get out of their “perfect shot” they showed off their silver Tom’s, disregarding the shoes beneath them.

We agree that some rules are made to be broken, but when it comes to places of worship or national significance we try to abide. As we left through the South Entrance, we made a point to take in the sights and smells of the lively Saturday Walking Street Market happening just outside the temple walls.

Whether you’re looking to chat with a monk, partake in a guided meditation class, enjoy a night out at the Saturday Walking Street or just visit one of Chiang Mai’s many Temples, I definitely suggest a visit to Wat Sri Suphan, Thailand’s only Silver Temple. 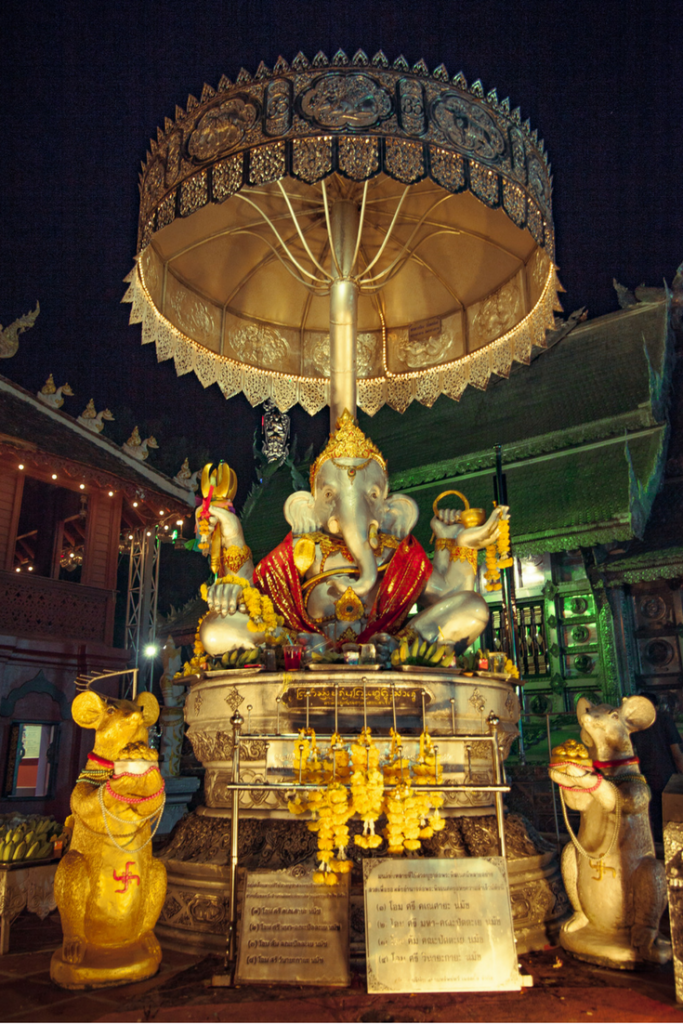 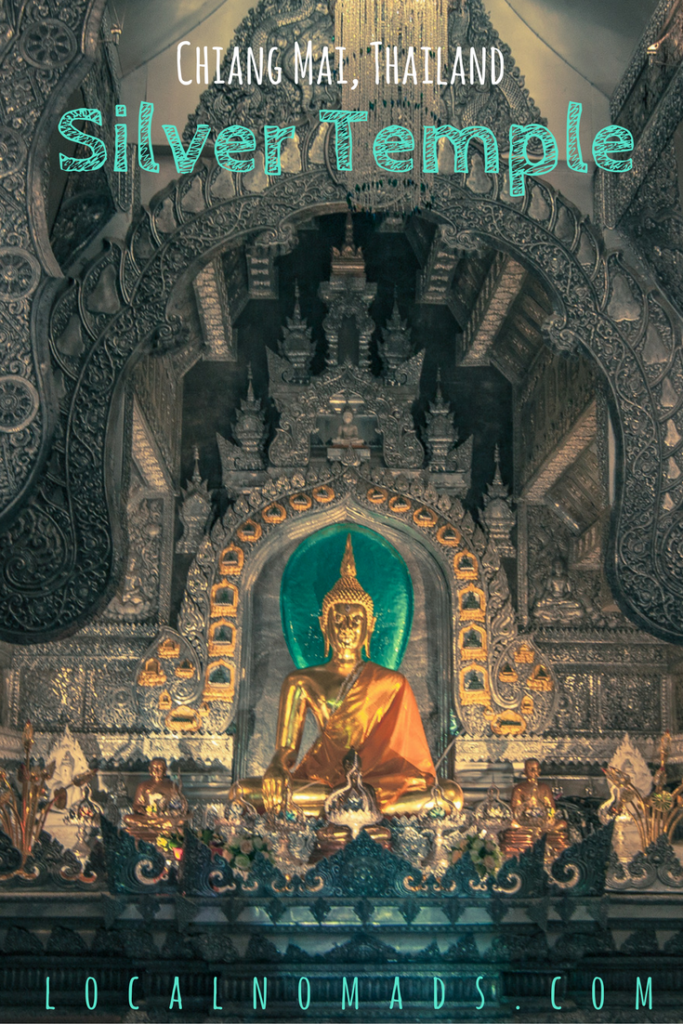 For more information about the Do’s and Don’t of visiting Buddhist Temples in Thailand go here.