It just so happens that my favorite time to read is on the go. Whether I’m on the beach, in a plane, on the road, or on the train, I love to read about where I’m going. I don’t just mean the Frommer’s, or Lonely Planet guide book; I mean a novel or memoir or prose written in or about a place.  It really helps me dig into a place and its culture. Next time you’re getting ready for a trip, instead of tossing 50 Shades of Grey into your bag (or onto your kindle), grab one that takes place in your destination.

In the summer of 2011, I spent a month in Paris studying expat literature. We read Hemingway, Stein, Kerouac and Orwell, just to name a few. To read and then walk the same paths as the authors, almost to share in their experience, made me feel a connection to the city I was calling home for a month.

Here are my four favorite books to read in Paris: 1. Jack Kerouac- Satori in Paris  This book is for all you “Dharma Bums”. This relatively short tale is all about enlightenment and conversations in unsavory bars with French people while searching for his French Heritage. For a look at Paris from the perspective of the beat generation. Look no further than Satori in Paris. (Bonus: This book usually comes as a pair with Pic, Kerouac’s first book) 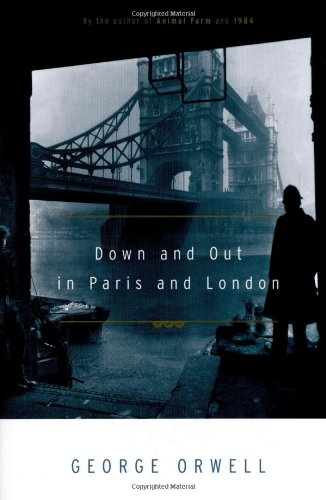 2. George Orwell- Down and Out in Paris and London If you’re going to Paris on a strict budget, Orwell’s two part memoir on living in poverty and his struggle in Paris and London will keep your spending to a minimum. You’ll come to appreciate the seedy underbelly that was once a huge part of Paris, as well as your current accommodations.

3. Gertrude Stein- Paris, France My second encounter with this book was more more enlightening than my first. I followed Stein’s stream of conscience writing more easily and was left with a better understanding of how the French view life, war, and hats, and poodles. The way they see it, is all very “French”.

4. Ernest Hemingway- A Moveable Feast  Packed with all the 1920’s expat writers one could ask for, A Moveable Feast is full of Hemingway’s truthfulness, and passion, and thoughts on all his friends and colleagues (Good and Bad). This posthumously published memoir will transport you back to the 1920’s romance that Paris is so well known for. Stroll along the streets of Paris, visit the bars, cafes, and hotels mentioned. Consider yourself lucky to have experienced Paris, for it will stay with you.

(Bonus: Watch Woody Allen’s Midnight in Paris and pray that a vintage car pulls up on you as you’re strolling the Paris streets at midnight