Warning: Creating default object from empty value in /home/customer/www/localnomads.com/public_html/wp-content/themes/pinnacle/themeoptions/redux/inc/class.redux_filesystem.php on line 29
 How "coming home" to Korea made me never want to live here again. – Local Nomads

The wheels touched down and I was back.

Home again at last in South Korea. Giddy anxiety rose in my chest as I looked over at Gabby and said “we’re here.” For months we’d been planning our return to South Korea, the place where our global travels began, the place we learned to live as foreigners for the first time, the first place we ever called home after leaving New York in 2012 and here we were again. 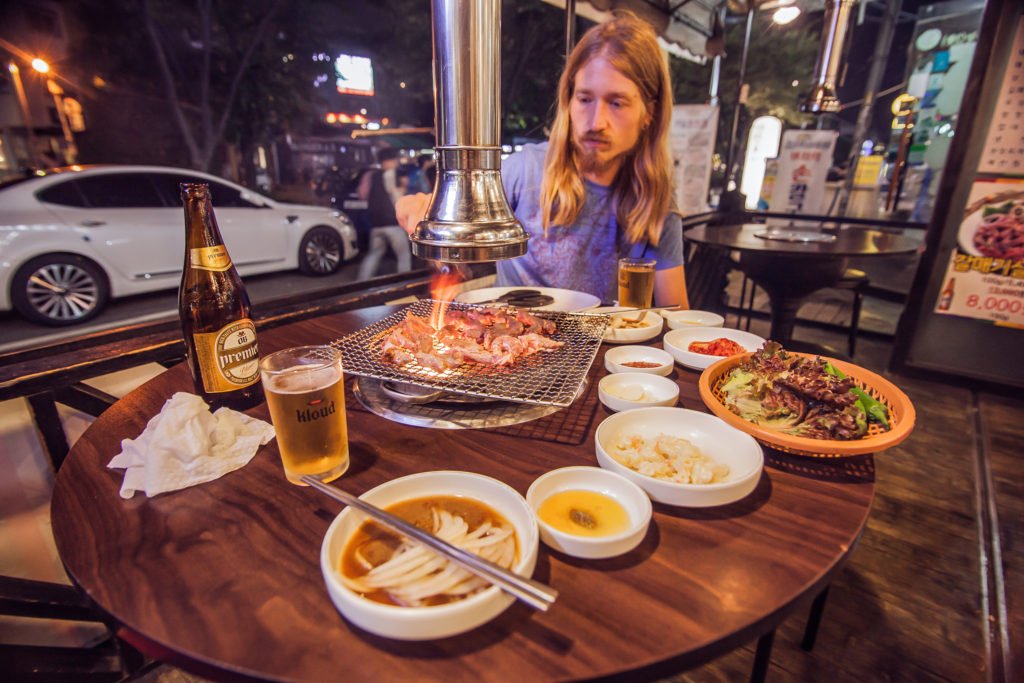 Walking off the plane felt so different than I’d expected.

Somehow I’d thought it would feel just like it had the first time, a whole new world of strange and unusual. Rather, I was greeted by an overwhelming sense of comfort and familiarity. Everything was more or less just as I’d left it. Korean phrases I hadn’t even thought of in years were suddenly right at the tip of my tongue, ready to be used without a bit of hesitation. Foods I’d missed were in abundance, and were just as delicious as I’d remembered. Carrying on conversations in the street, knowing that no one could understand me, was a freedom I’d been longing for. 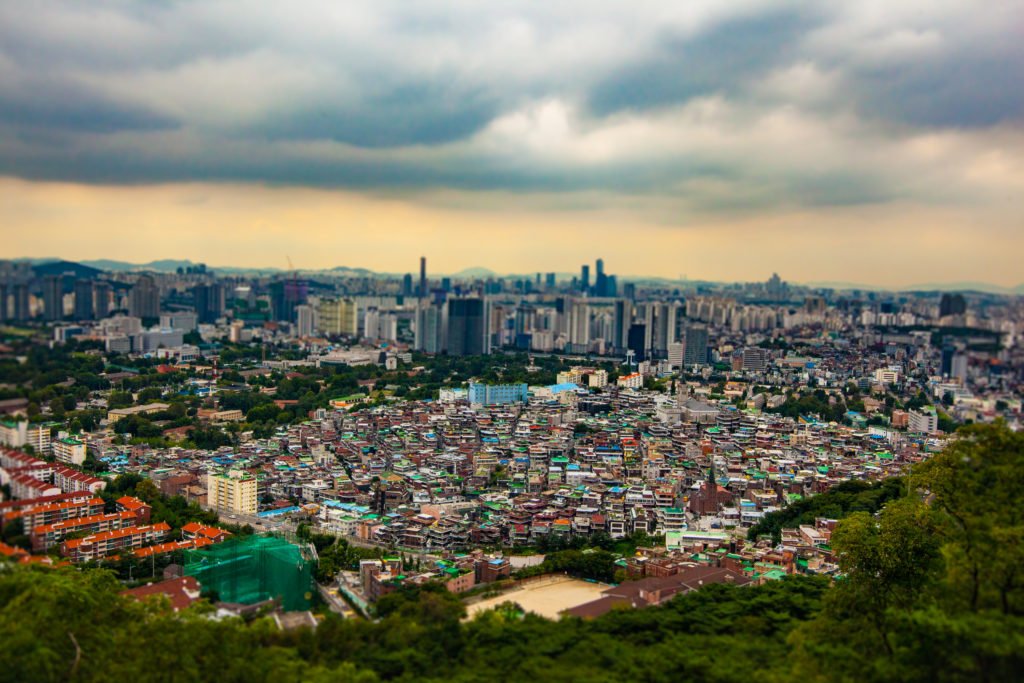 It’s like looking at one of those find-the-differences pictures where two seemingly identical images slowly reveal their subtle contrasts. The reality is that for better or worse, life has gone on without you and your absence has largely gone unnoticed. 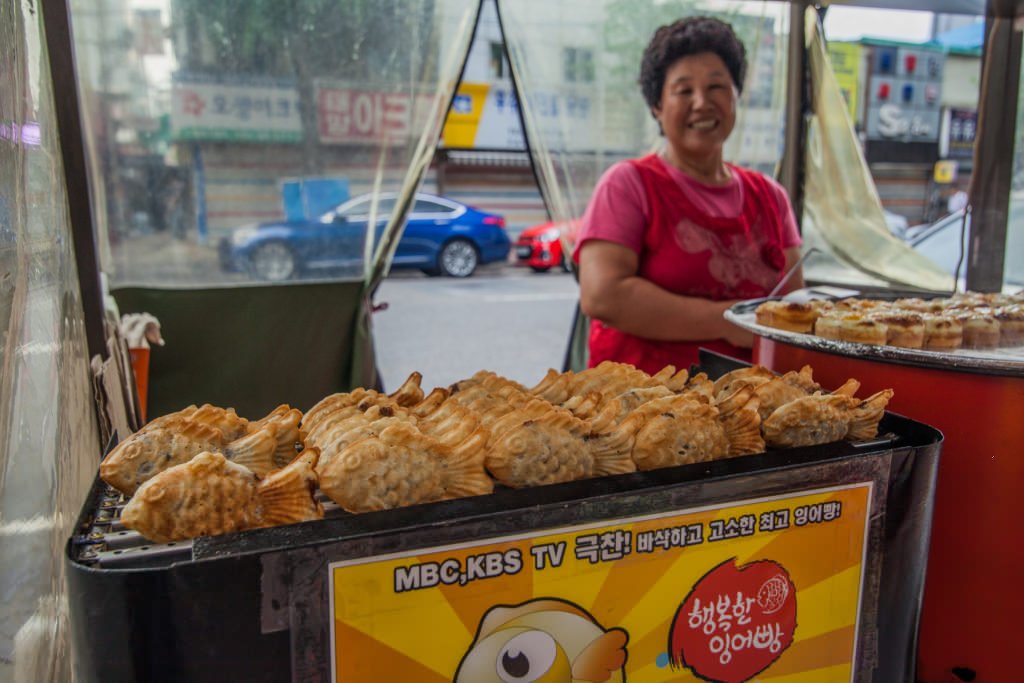 It didn’t take long for us to notice that the biggest variable in this equation was ourselves.

3 years of continuous travel and seasonal work had changed us so much that we barely even recognized the people we once were. We were New Yorkers back then. We were so focused on work, and securing our futures, that we barely had time to pursue the things that truly made us feel alive. It took leaving the USA for a year, relocating to the west coast, and subsequently living/working in five different states to make us realize that no amount of work or money was going to bring us the joy that traveling, cultural immersion, and adventure could possibly bring. 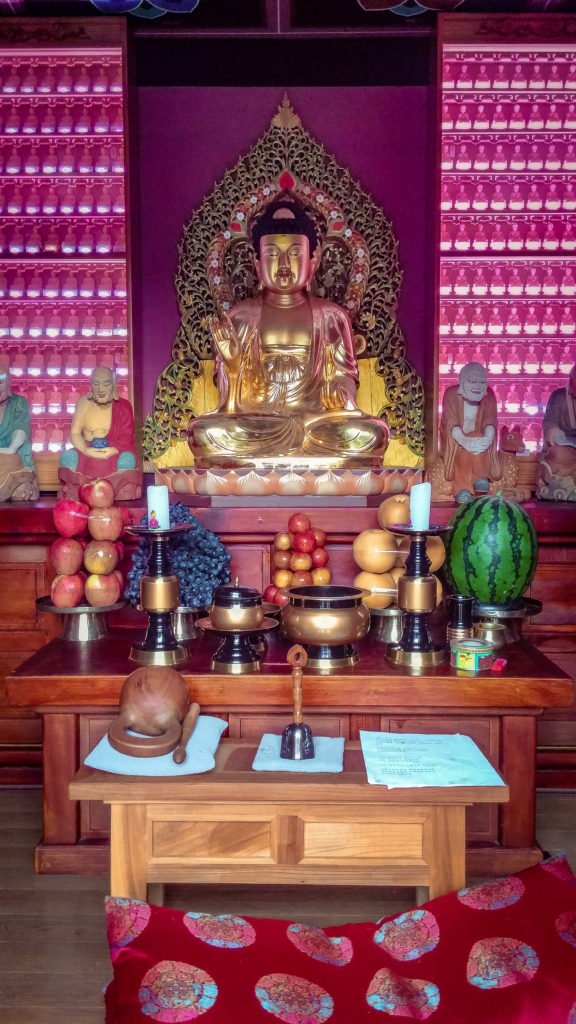 The first few days were like floating through a dream.

I already knew the customs, suffered very few cultural flubs, and had such a fantastic time getting back into the swing of things that I couldn’t even remember what would make me want to leave here in the first place. Everything I looked at was filled with nostalgia. Things that would have irritated me 3 years ago seemed novel and even somewhat hilarious. I started to think that maybe I could come back for another year and get some of that sweet English teacher money. That was before reality set in. 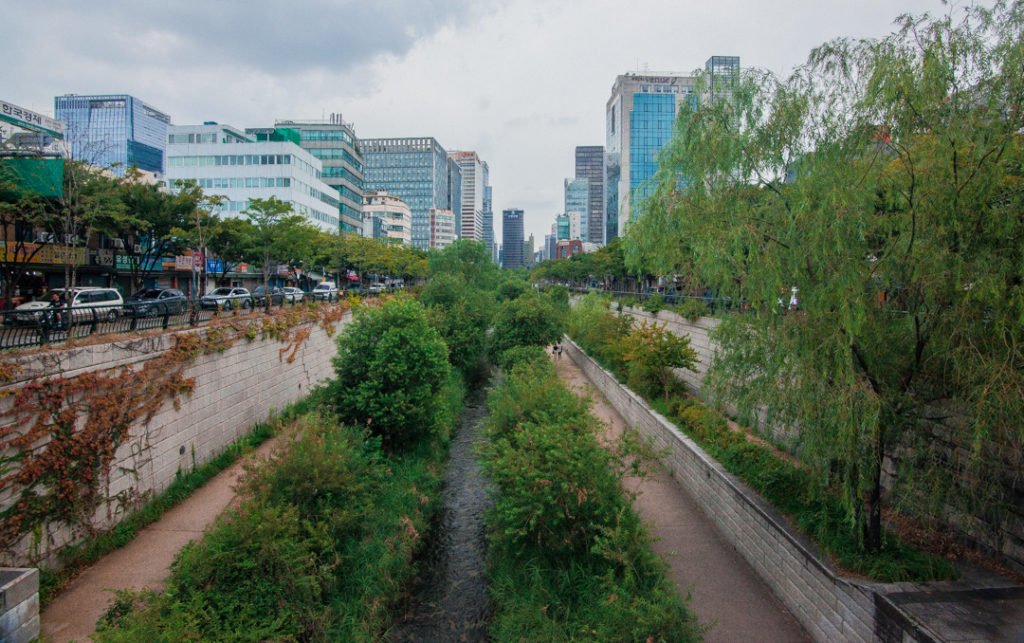 As we started to get into contact with some old friends, it occurred to us just how hard it was to make plans way back when.

We would go weeks without seeing friends who lived just across town due to scheduling issues. English teachers in Korea have tough schedules, their own set of stressors, and have difficult time finding space in their week for themselves, let alone social time with chingus. Even nature, although present in the background and relatively accessible, seems to to take a backseat to pressures of city life.

I won’t go too deep into detail about the specifics of what makes long term living in this country undesirable for me, as these things would vary for anyone. But suffice it to say that, as comfortable and welcome as I feel here, the culture isn’t one I’d like to spend the rest of my life in. Frankly, it reminds me too much of the place I came from. The workaholic, concrete, rat race of New York was the life I was desperately fleeing all those years ago, only to be dropped into a culture that holds many of the same values of materialism, and presenting a nice external image for the world to judge you by. This isn’t to say that we won’t come back for a visit…The idea of going forever without another bowl of REAL kimchi jjigae (kimchi stew) is the stuff of stress induced nightmares. 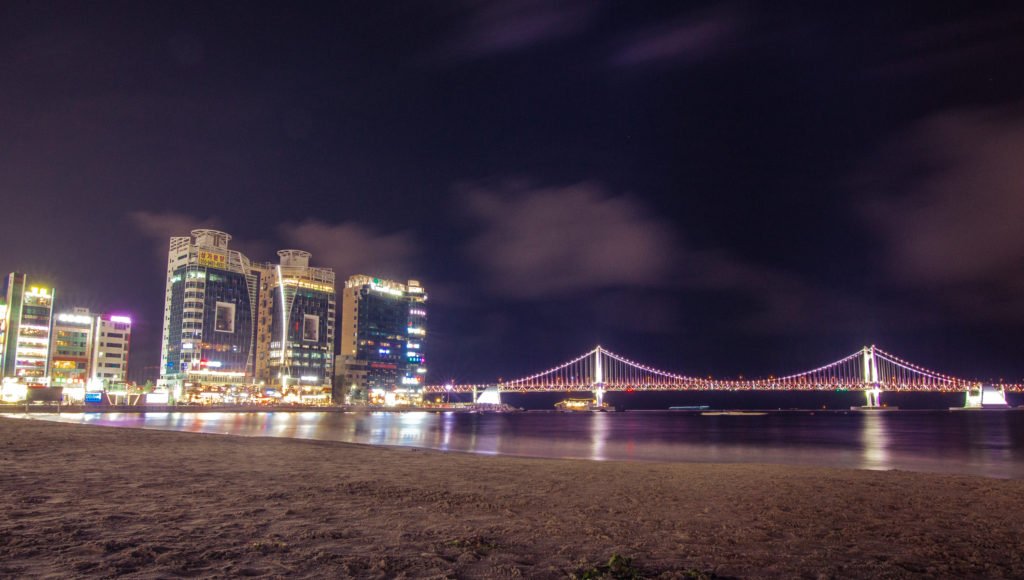 Luckily, the beauty of continuous travel is the freedom to plant yourself exactly where you want to be for exactly as long as you want to stay.

The truth is that right now, I’m not sure if I’ll ever find a place that I’ll want to stay forever; and I’m OK with that. Meanwhile, I’ll keep traveling, experiencing as many different cultures, trying as many different foods, and meeting as many beautiful new people as I can, all the while learning and broadening my worldview. So, with only a few days left to enjoy here in Korea, we’ll be consuming as much kimchi, bulgogi and neng myeon (cold buckwheat noodles) as we can before jumping on a plane to someplace totally unfamiliar. We can’t wait to find out what Taiwan has in store for us! 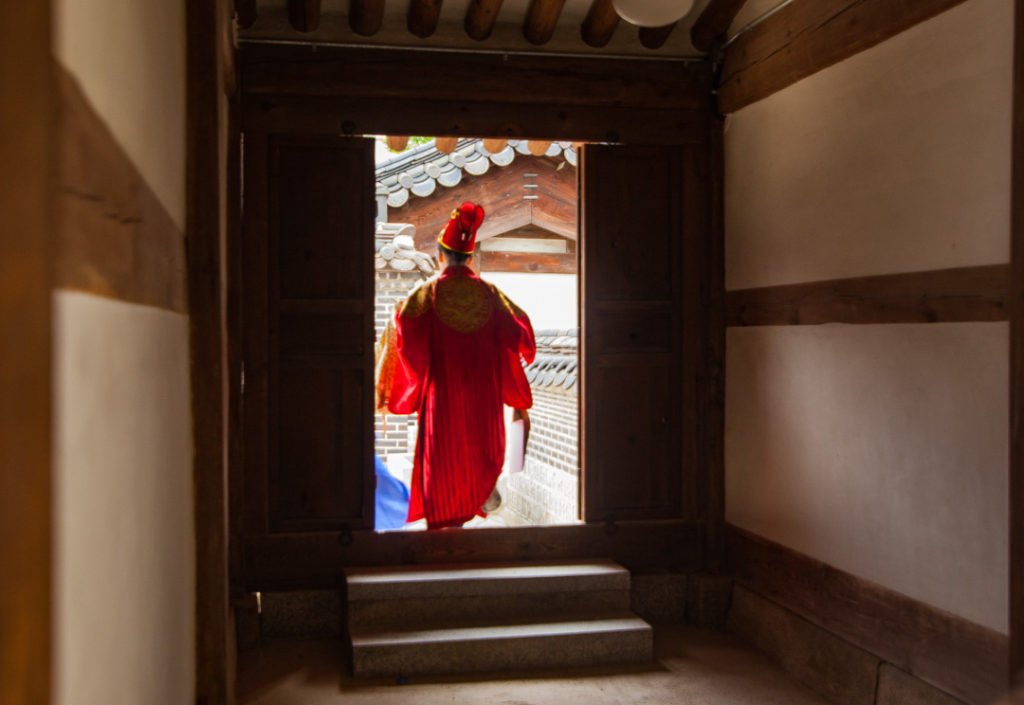 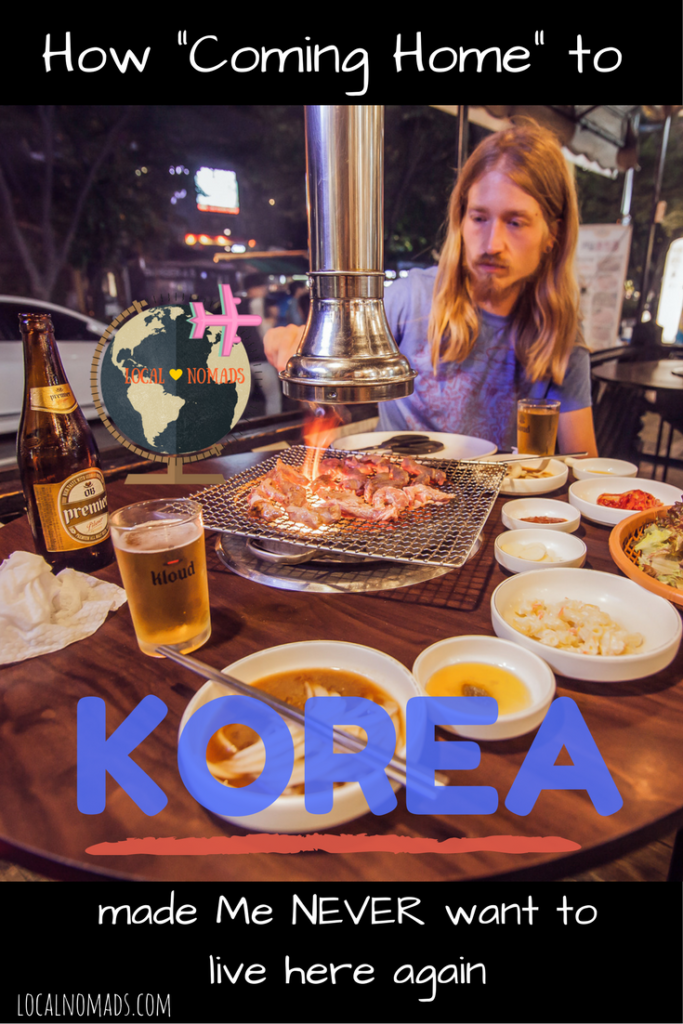