We stopped into “Camping Company” in Itaewon, close to the Noksa-Pyeong subway station, not sure what to expect. 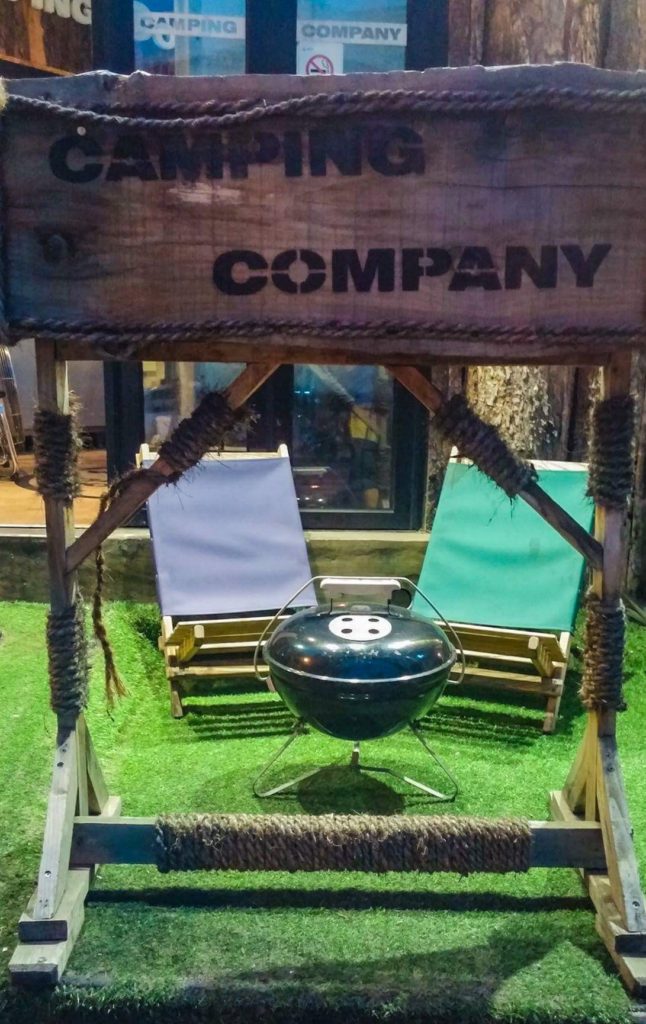 This was quite an interesting eating experience. We sat outside, in very low camping chairs, on the front porch of the restaurant. We cooked our food over a fire, ate side dishes off of a metal lunch tray, and drank out of paper dixie cups. Our water was even stored in a metal canteen within the little cooler next to the table!

We ordered Sam Gyup Sal, a KBBQ staple, and decided to fork over a bit more to try some famous Jeju Black Pork as well. The Jeju black pork is “famous in Korea,” and is said to be of a higher quality…it is!

Usually we’re not blown away by Korean BBQ meals, we know… hold your fire. It’s not that we don’t like it, it’s just that we’ve found other things we enjoy that cost far less.

First off, we were expecting black meat for some reason, wrong…it comes from a black pig….duhh Next, we were expecting to cook it ourselves…wrong again, at this place the heavily tattooed waiter actually cooks it for you, and by the way he cooked it, we’ve been doing it wrong all along. Usually we just cut the meat into slices and throw it on the grill…this guy tossed the whole cube of pork on there, cooked it a bit on all sides until it started to get golden, then cut it into slices to finish the job. Although the Sam Gyup Sal was indeed better than average, the black pork was the true star of this meal. Easily our favorite KBBQ we’ve had. 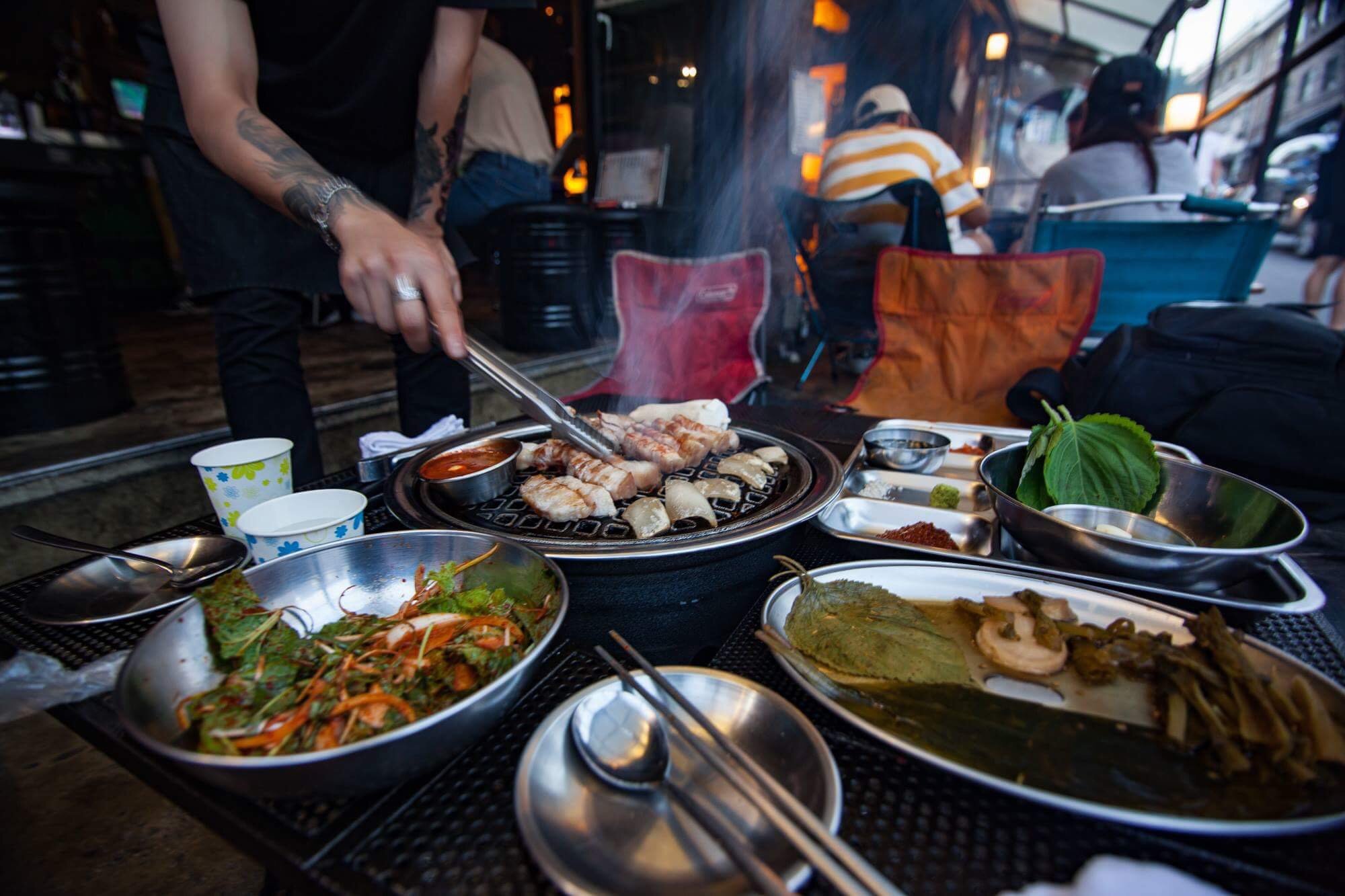 At first, we noticed the prices were a bit higher than we were used to for typical KBBQ, but chalked it up to the touristy location. As it turned out, we were glad to pay a bit more for the service, and the atmosphere, but most of all the quality of the meat.

How to get there:

Take the subway to the Noksapyeong stop and choose Exit 2. Walk straight about 400 meters until the road splits. Make a left and walk straight up the hill past the Kimchi pots on the left. Camping company will be on your left on the corner of the 2nd cross street, next to Philly’s Bar. Enjoy!