Our visit to the Ho Thuy Tien abandoned water park in Hue was almost over before it ever began.

The real reason we were in Hue, Vietnam that weekend was for the Meeting of Styles international graffiti and street art festival. Apart from the festival, the abandoned waterpark was the only thing we had serious plans to do.

That morning we rented a shitty bike, punched "abandoned water park" into google maps, and rode out (in the rain) to the main entrance of the park where we were met by an old security guard and Vietnamese police. We begged him to let us in, even tried to pay our way in, but it was no use. He explained to us, via handwritten note, that some people had been spray painting there the day before, and climbing on the dragon's head... I wonder who that could have been?

Anyway, our communication efforts weren't getting us anywhere,

so we decided to try to find another way in. 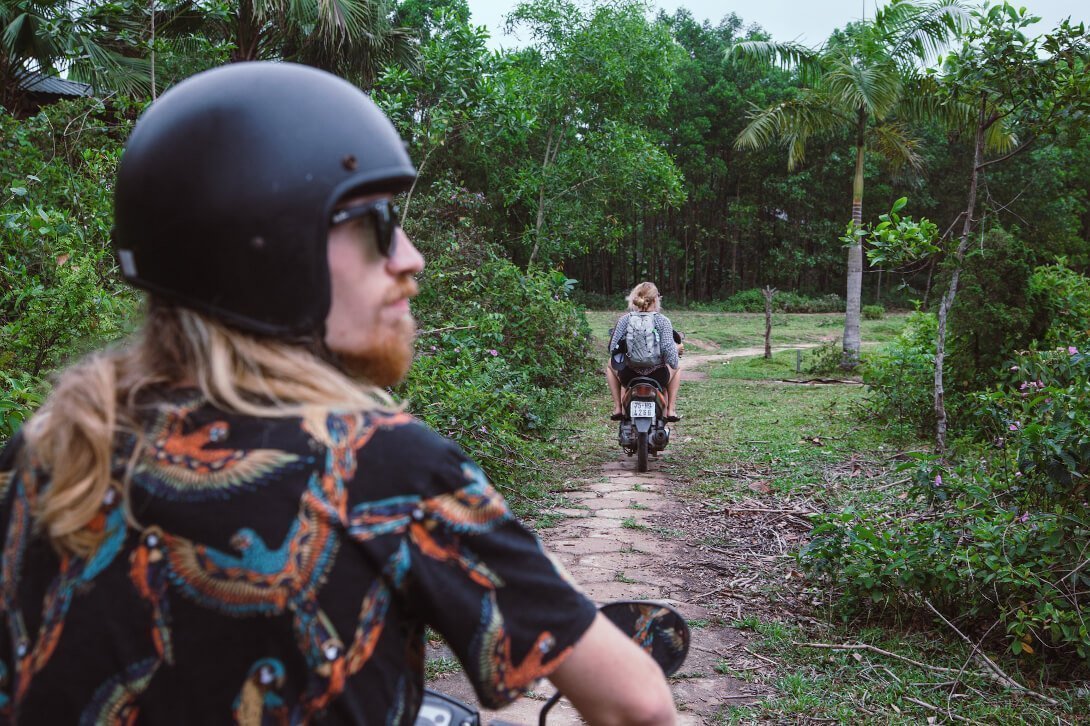 After a quick look at the map, we found what seemed to be an alternate entrance. Along the way we met two Dutch girls who happened to be headed to same place, so we agreed to do some exploring together. 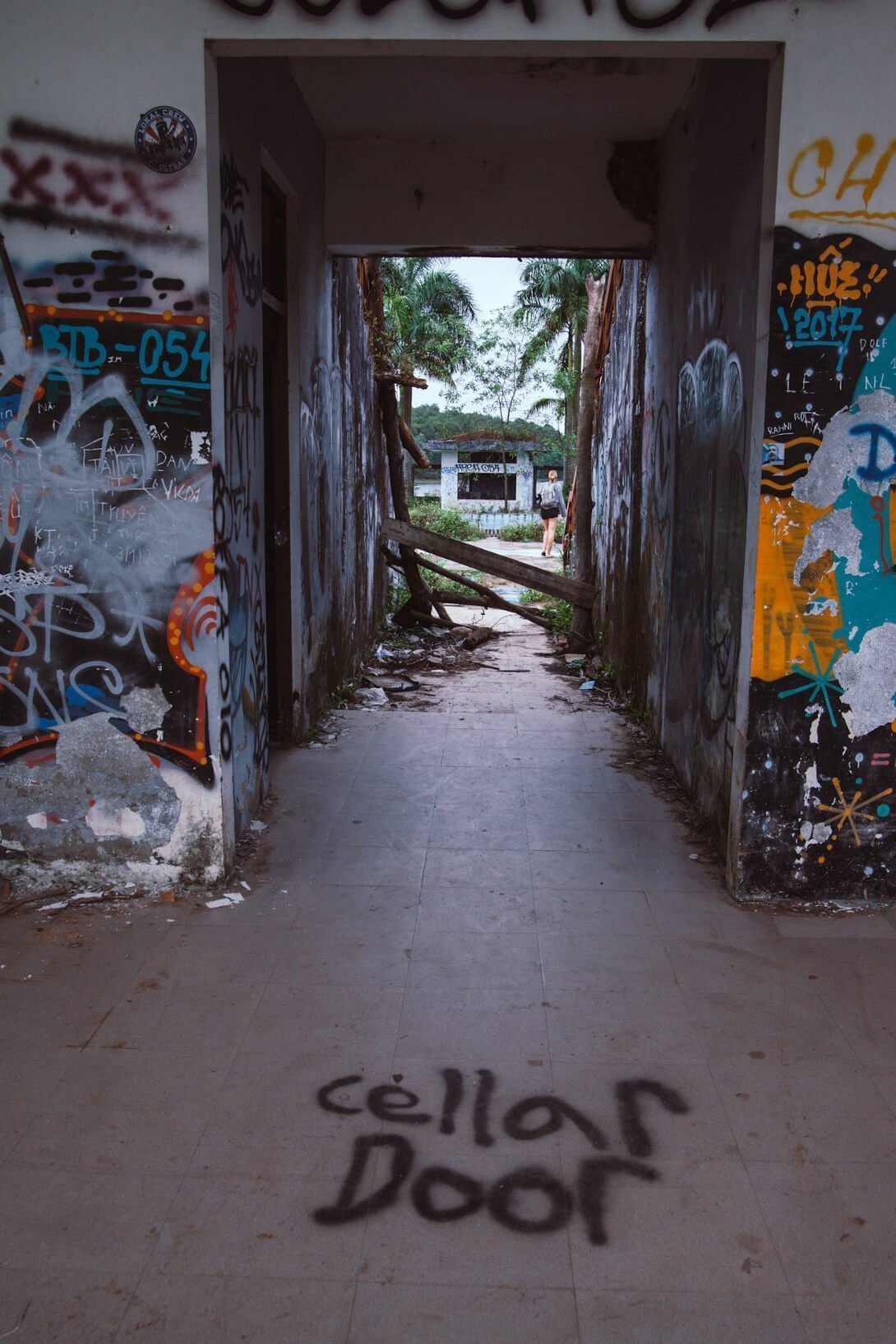 INSIDE THE ABANDONED WATERPARK, HUE

I knew it was too good to be true.

Thankfully, he told us we could stay...for 30 minutes only.

Once we parked our bike and started walking around we noticed that spine chilling feeling that comes with being someplace you know you don't belong.

The park isn't exactly in great shape. There's broken glass and garbage everywhere, and lots of damage has been done by vandals over the years. 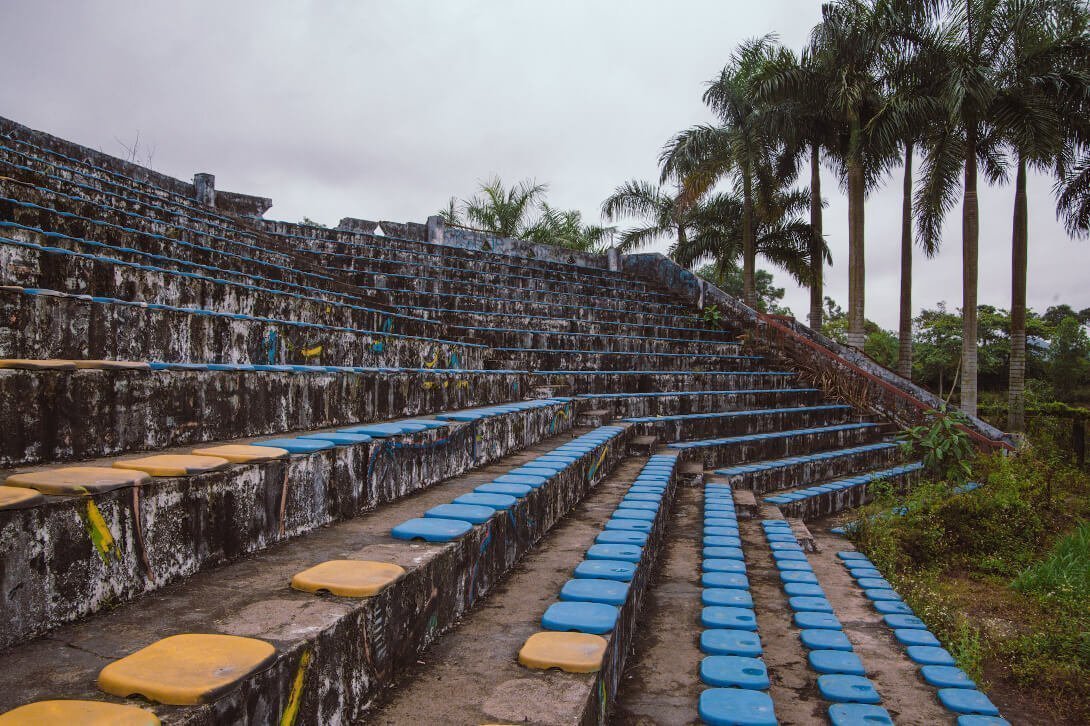 First we had to find seats for the aquatic show. With such large crowds, it was difficult to get two seats together, but thankfully some people were willing to move down so we could sit next to each other. Be sure to arrive early if you want good seats! 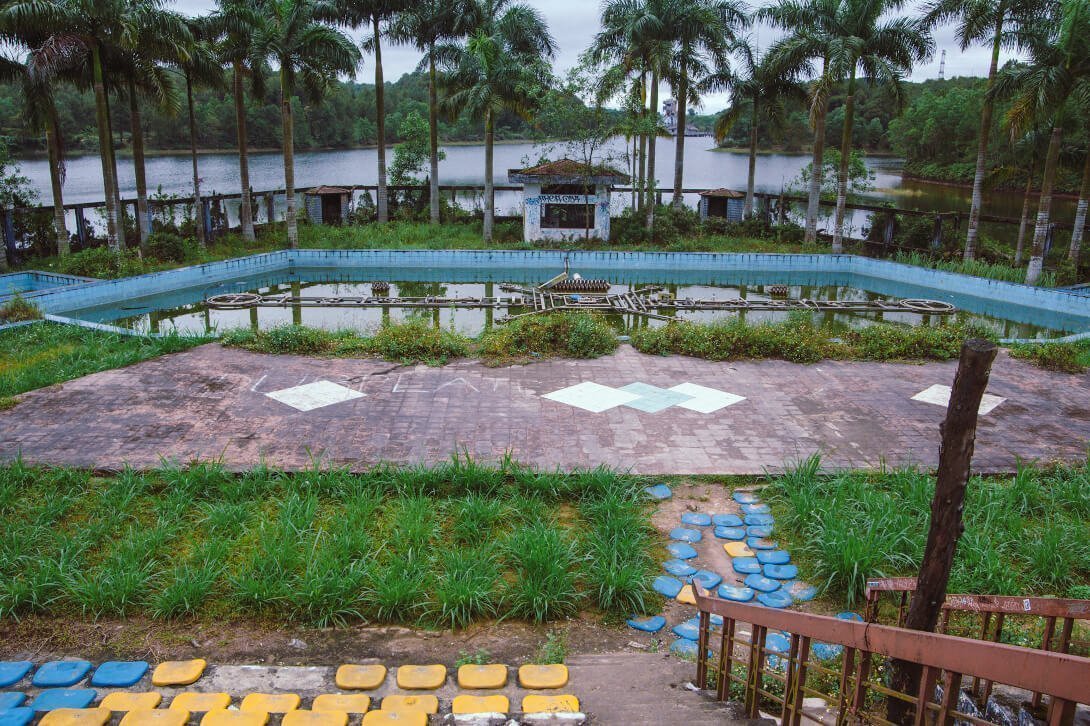 The dolphin show was absolutely spectacular. You should have seen it! 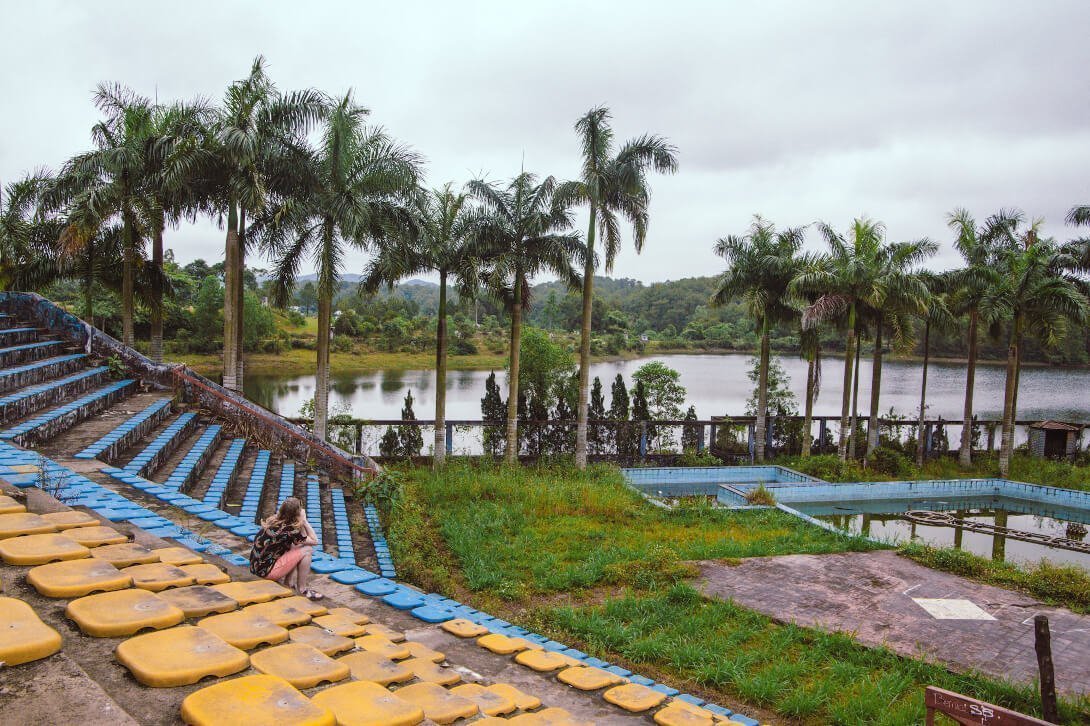 Adam held our seats while I went to the concession stand for some popcorn and cotton candy.

After the show, we hopped on our motorbike and followed our new friends around the lake to the main attractions of the abandoned waterpark. 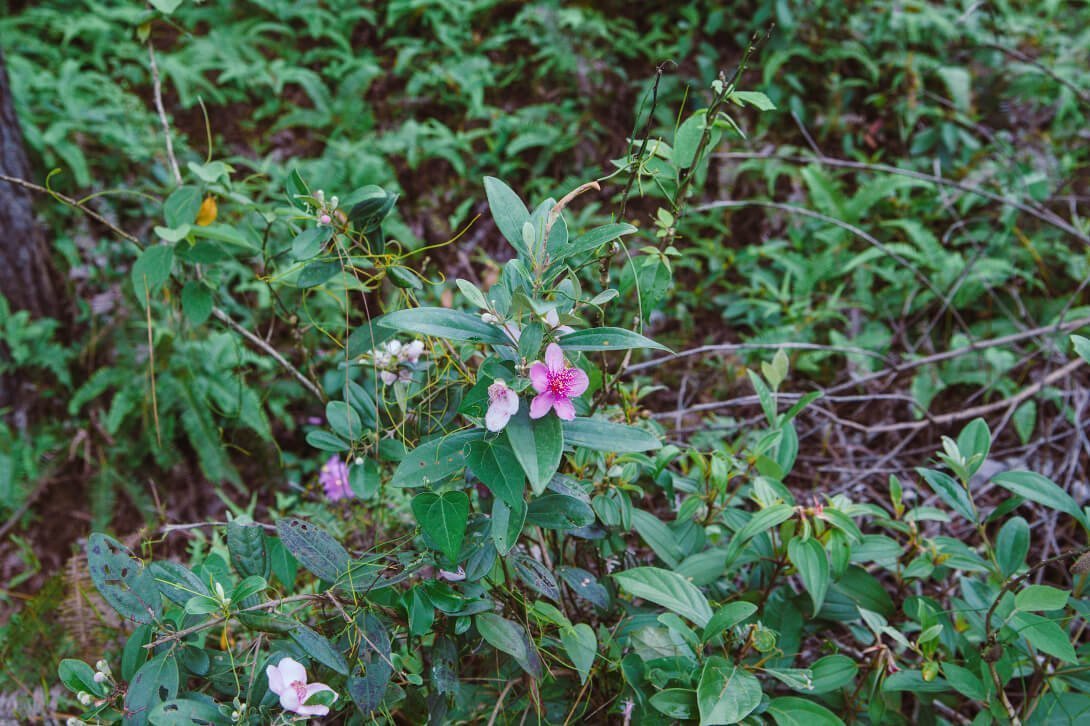 Driving around the lake was cool and weird. The roads are obviously meant for people on foot, not motorbikes.

We saw many beautiful flowers, a few floppy eared cows and some left behind art pieces on our short cruise around the lake. We were in search of the Dragon that watches over this land. 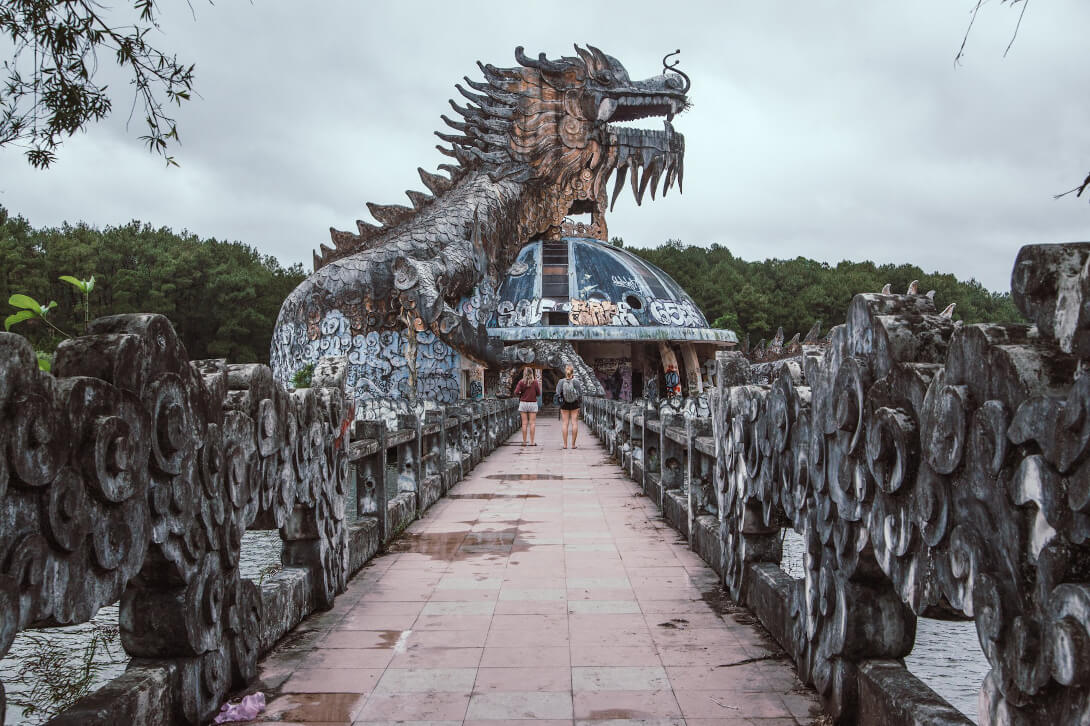 IN THE BELLY OF THE BEAST

This mighty dragon is the centerpiece of the entire park. He watches over the park's aquatic inhabitants. For a while that even included a few crocs that were left behind.

Graffiti artists from around the world have left their mark on the beast. 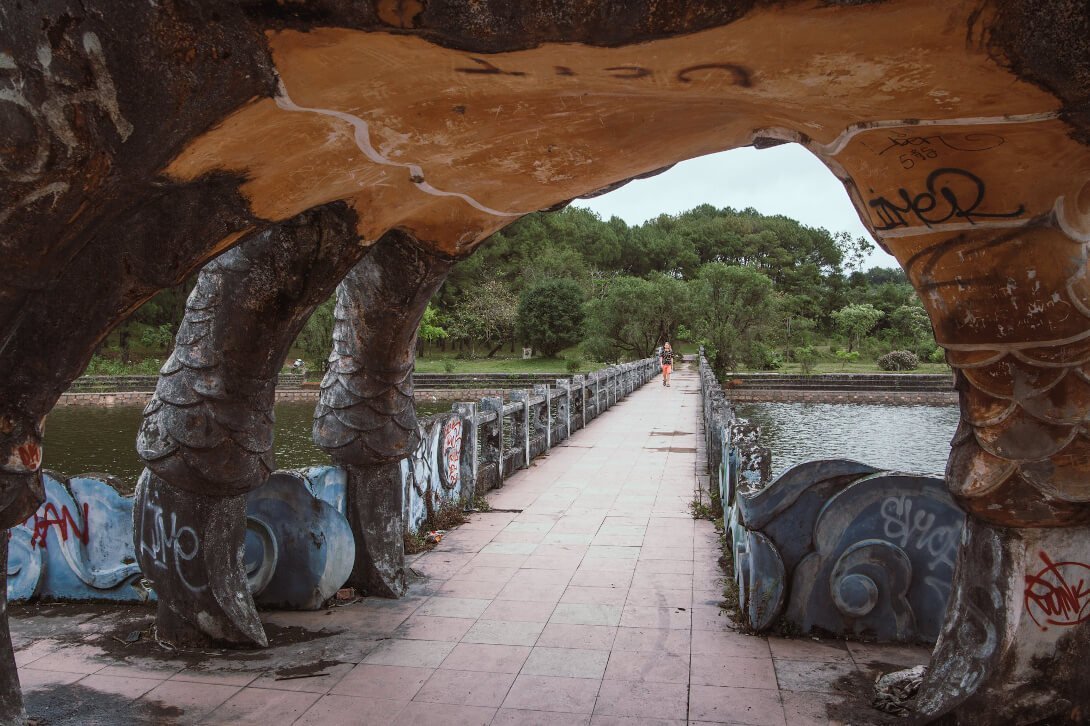 Adam parked the bike and caught up with me as I was getting in line to enter the belly of the beast! Always make sure your Urban Exploration Buddy is not too far behind. 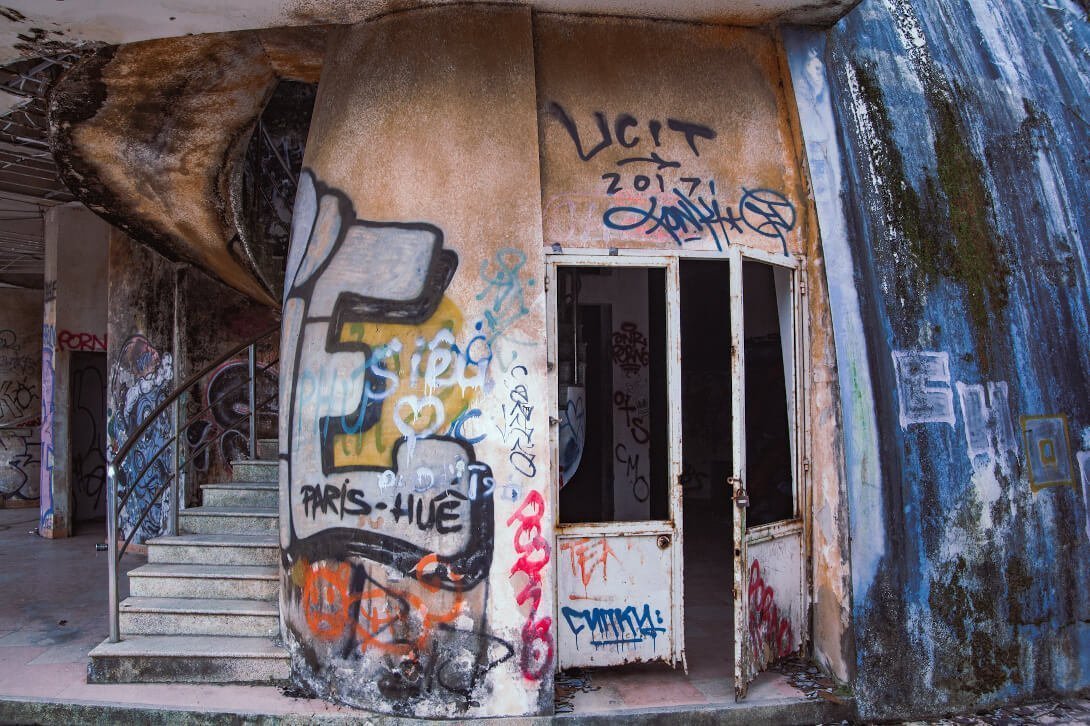 We explored the centerpiece of the attractions, walking through the rooms in the dragon's belly before climbing to the top for a dragon's eye view of the entire park. 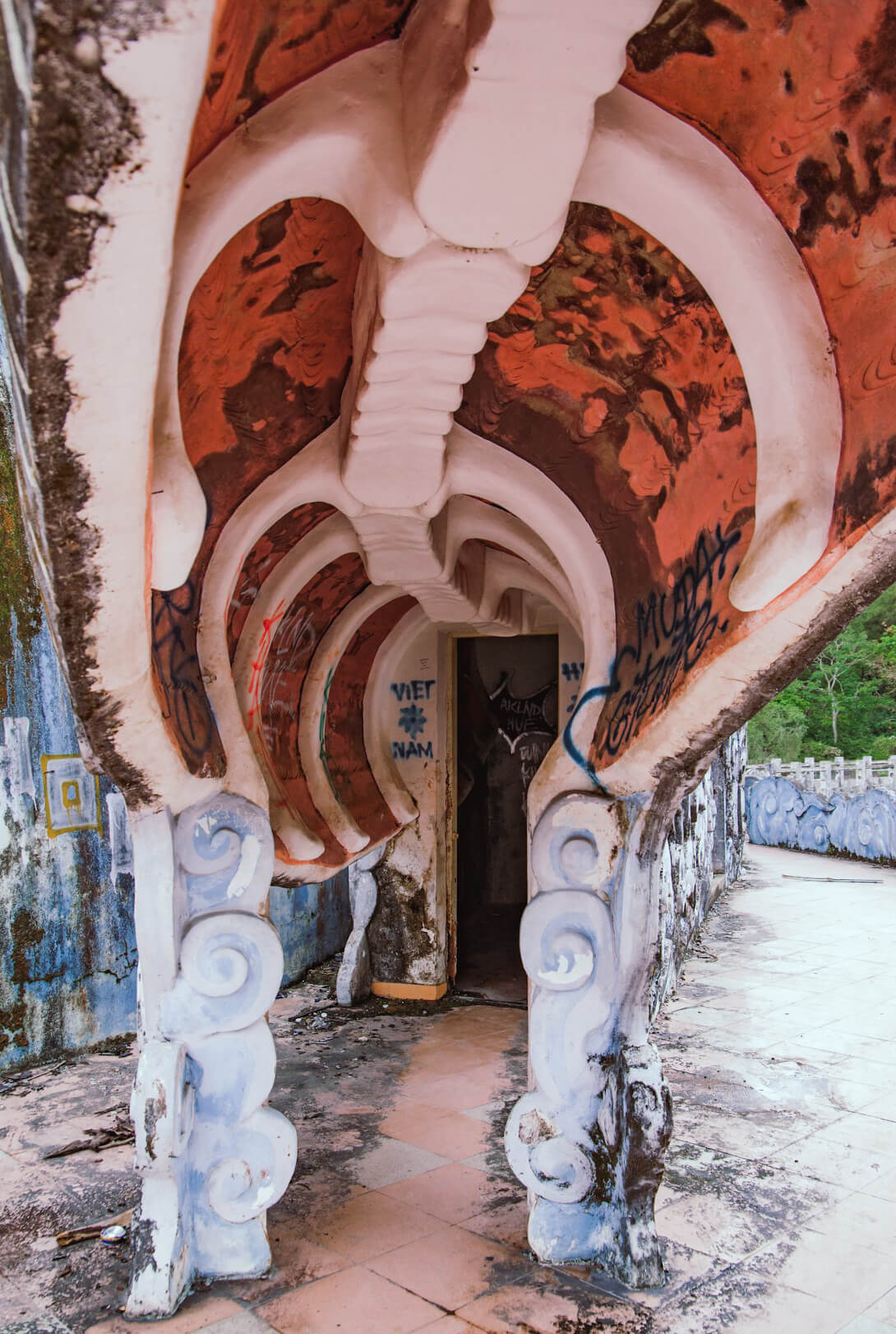 Underneath you can see the dragon's bones. Inside you can find empty tanks that once held the sharks and crocodiles on display. We were glad to find them empty... 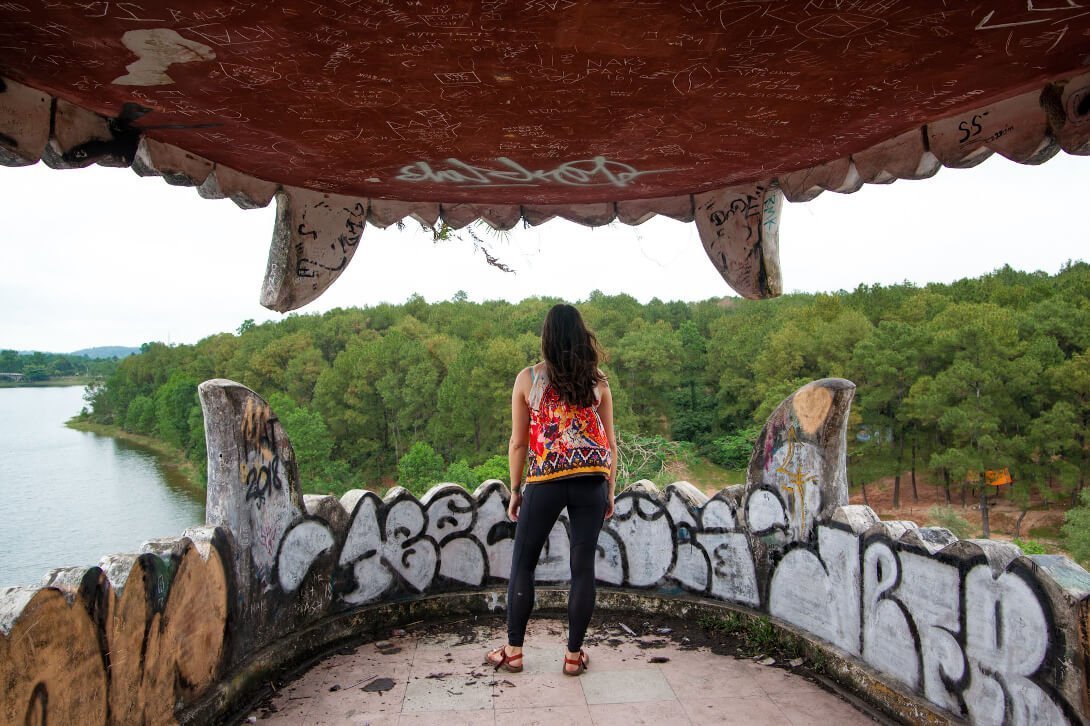 From inside the dragon's mouth, you can get a glimpse of the abandoned waterpark from the dragon's perspective. This park is beautiful even after years of degradation. It still offers this uniquely peaceful ambiance, except for when you're dodging the security guards. 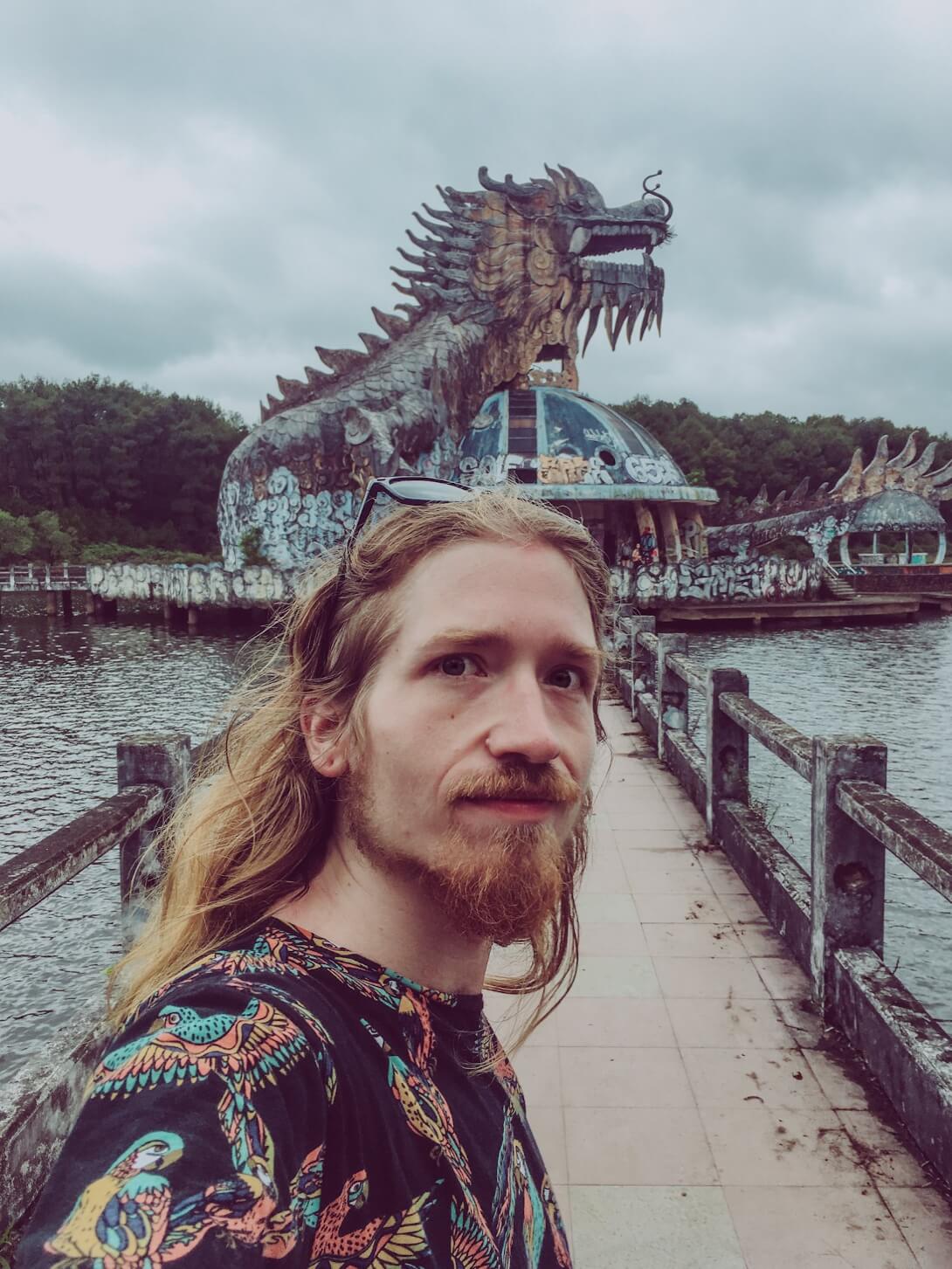 Born in 1988, Adam is embracing his inner dragon. Can you spot the resemblance? 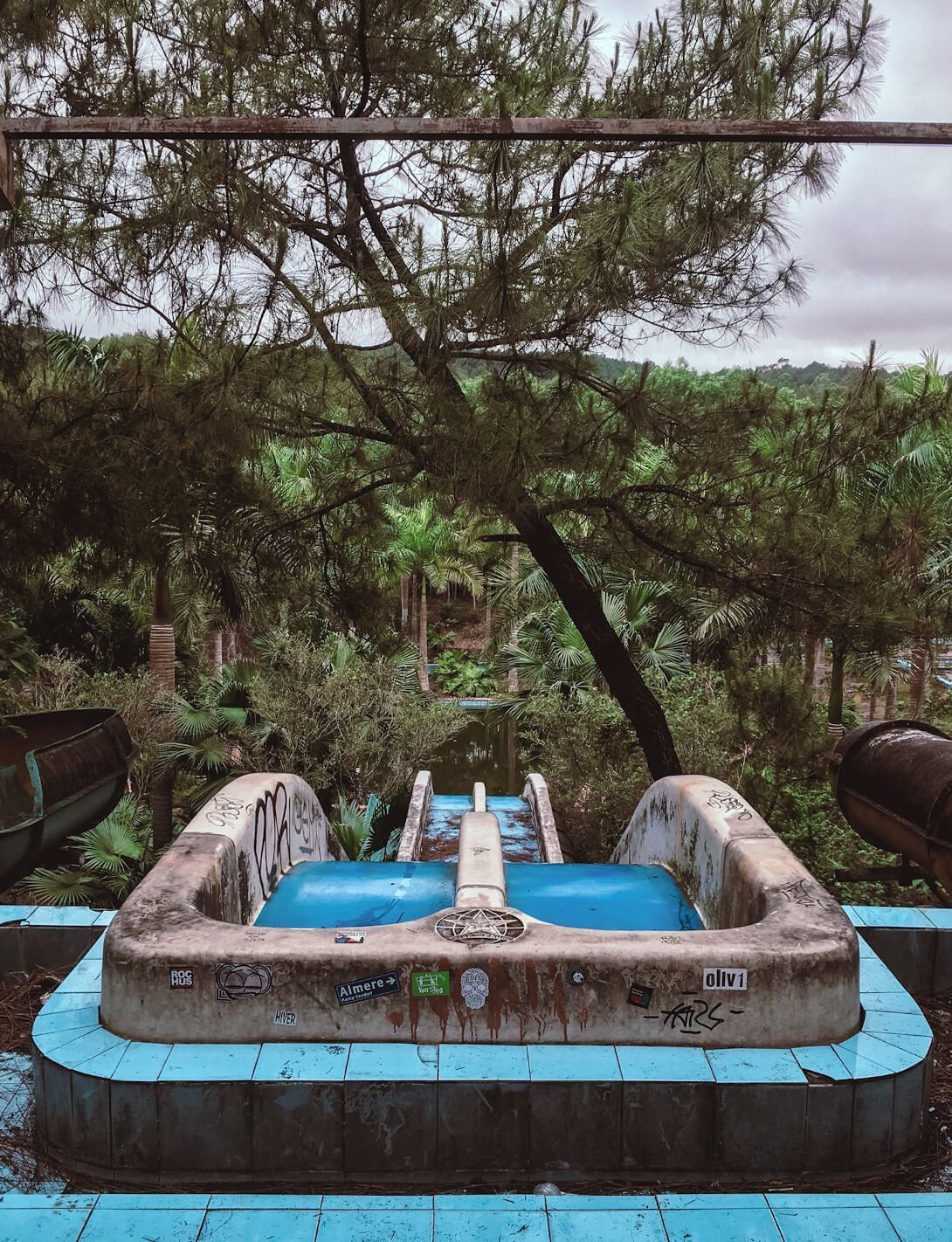 What good is a waterpark without a few water slides? Unfortunately, the ride operator overslept his alarm that morning. 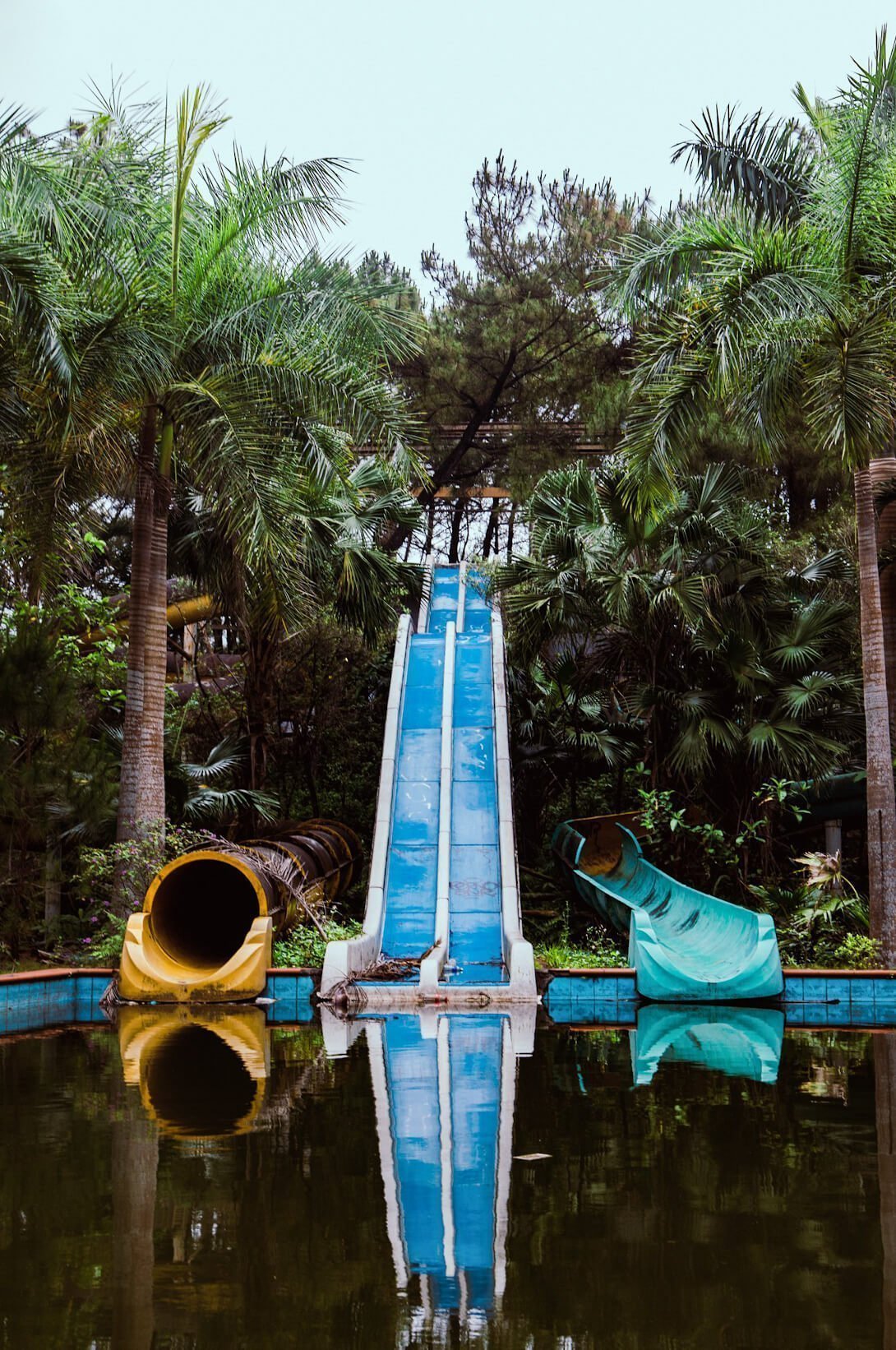 All together we spent about 45 minutes exploring the abandoned water park. The security guard came around a few times to check on us and make sure we weren't getting into any trouble or causing any damage.

We were surprised how many other people were there. The place is pretty well known by now, so many backpackers have this on their list of must do's in Hue. We saw maybe 8-10 people in all.

This was an experience I'd put on our oddities list, we still walked away feeling great about it. It was a little spooky at first, but we got comfortable with the odd environment quickly.

Would you visit this abandoned water park? What's the most bizarre place you've ever explored? Tell us in the comments below. 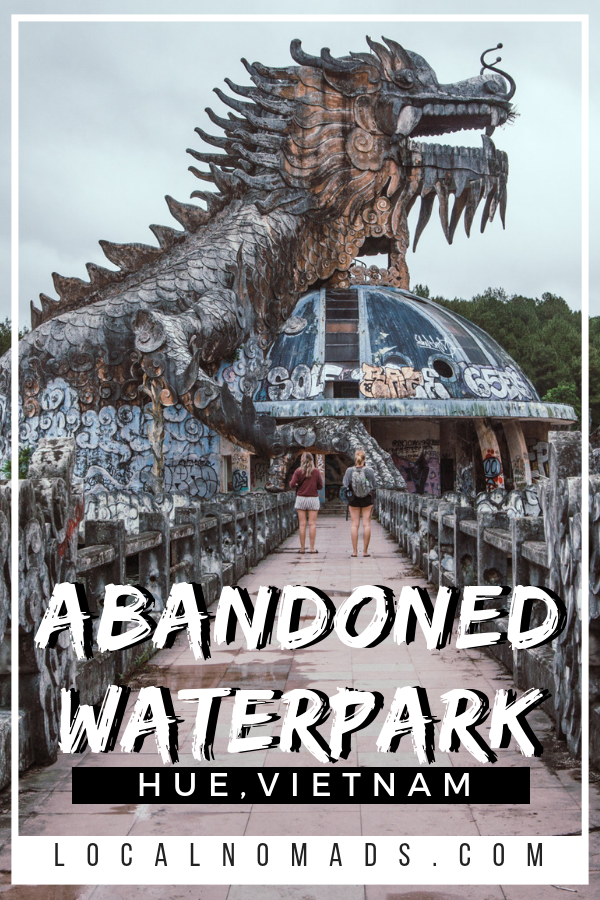 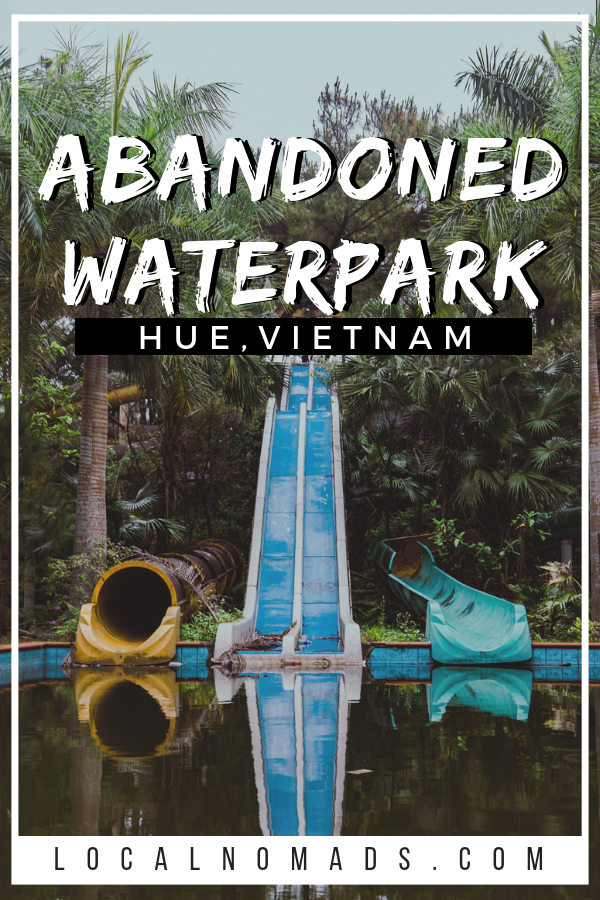 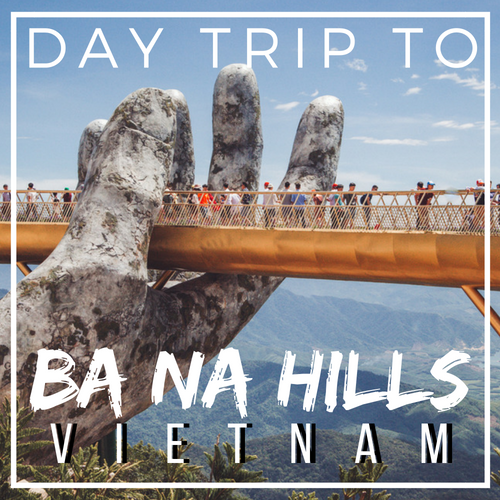 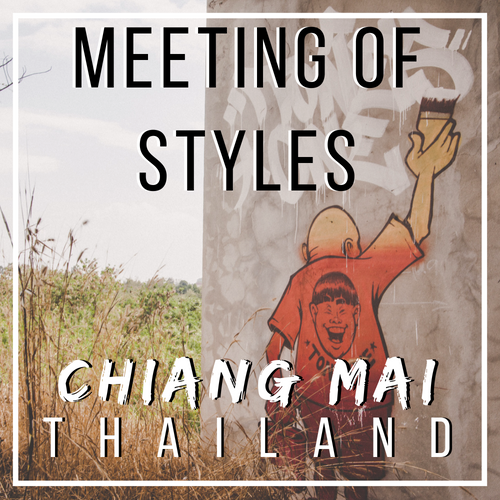 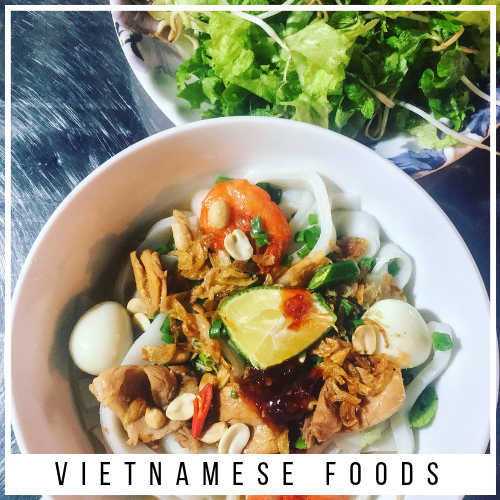 34 VIETNAMESE FOODS TO TRY IN VIETNAM