This Bigfoot article was originally published at Davestravelcorner.com

Every kid knows about the legend of Bigfoot. Cartoons have been filling children’s minds with hairy-man-beasts for decades! Growing up in the northeast I always thought that bigfoot was a myth that nobody took seriously; a mystery wrapped in a joke, if you will, much like the Jackalope. Harry and the Hendersons was one of my favorite childhood films, but I never questioned whether it could possibly be based on science. It wasn’t until I moved to the Pacific Northwest that I found out Bigfoot is real.

About two months before moving to Oregon, I encountered an episode of The Joe Rogan Experience with guest Dr. Jeff Meldrum. Jeff is a scientist who studies animal movement. He’s done extensive scientific studies of alleged Bigfoot tracks and analyzed video clips claiming to have captured Bigfoot or Sasquatch. He also wrote a book called Sasquatch: Legend Meets Science. After listening to this podcast and hearing for the first time that many people ACTUALLY believe that Bigfoot exists. I had to do some more research. 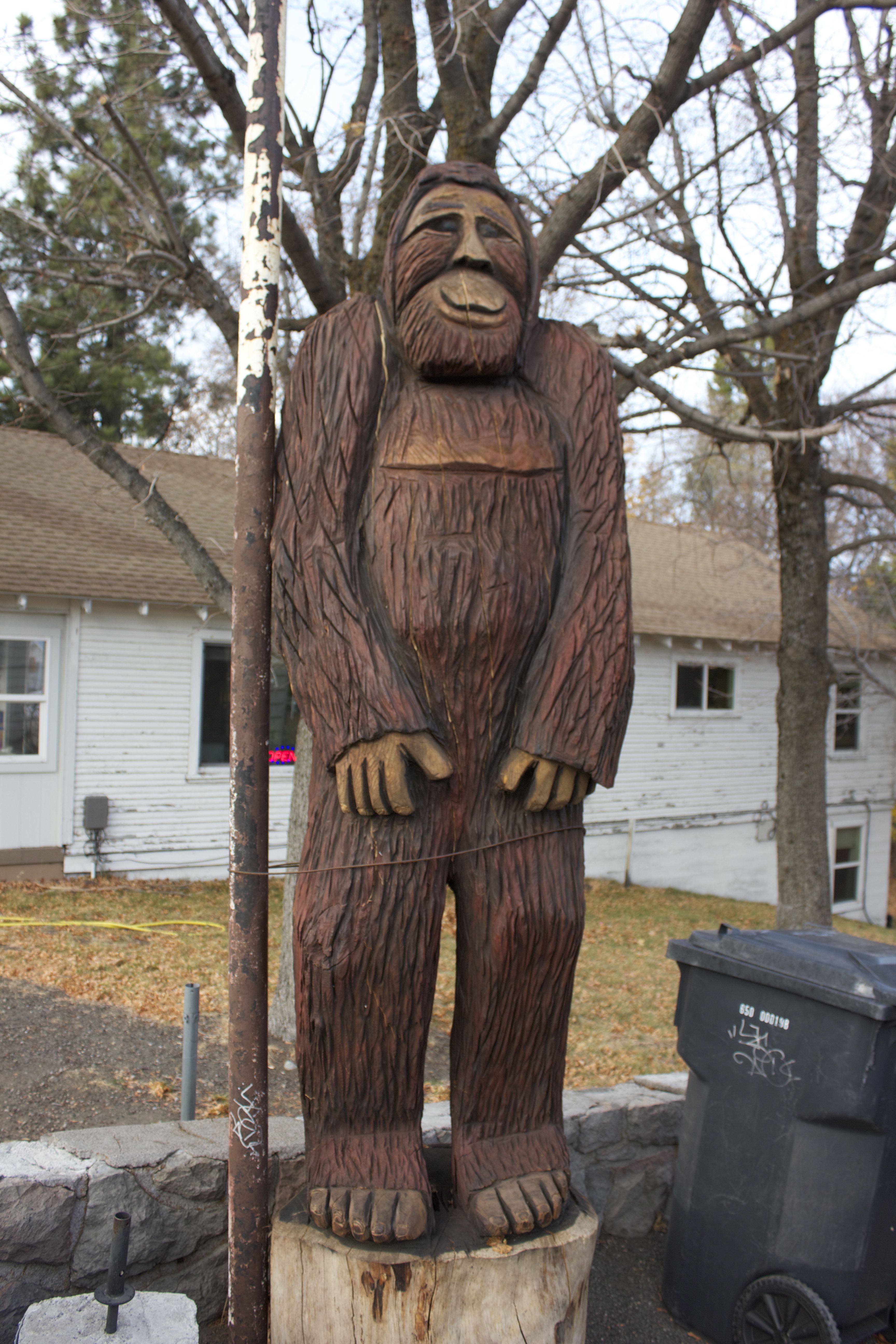 As I began to dive into my Sasquatch research I learned that many people in the Pacific Northwest have claimed to have had encounters with Bigfoot. Washington, Oregon, and Northern California are the areas with the highest rate of sightings, but Sasquatch encounters have been reported all over the country. I also learned about ‘Squatching; which is basically camping with the hopes of encountering a Bigfoot. People who go ‘squatching’ often knock on trees with sticks in an effort to communicate with Sasquatch, some even use “bigfoot calls”.

Initially I was surprised by how much thought had gone into the Sasquatch theory, but the more research I did the more intrigued I became. For instance, a common misconception is that Bigfoot is a singular being, similar to the Loch Ness Monster. In actuality, many scientists believe that Bigfoot is a species, with male Bigfoot and female Bigfoot. They’re clearly quite skilled at hiding and avoiding detection, as well as leaving very little trace of their presence. Also, since no one has ever discovered a dead bigfoot-body in nature, it is possible that Bigfoot collect and bury their dead. Is this a hairy man beast, or possibly some kind of sophisticated forest dwelling species not too far off from humans? As usual, the truth is most likely to be somewhere in between…or maybe it’s all nonsense… 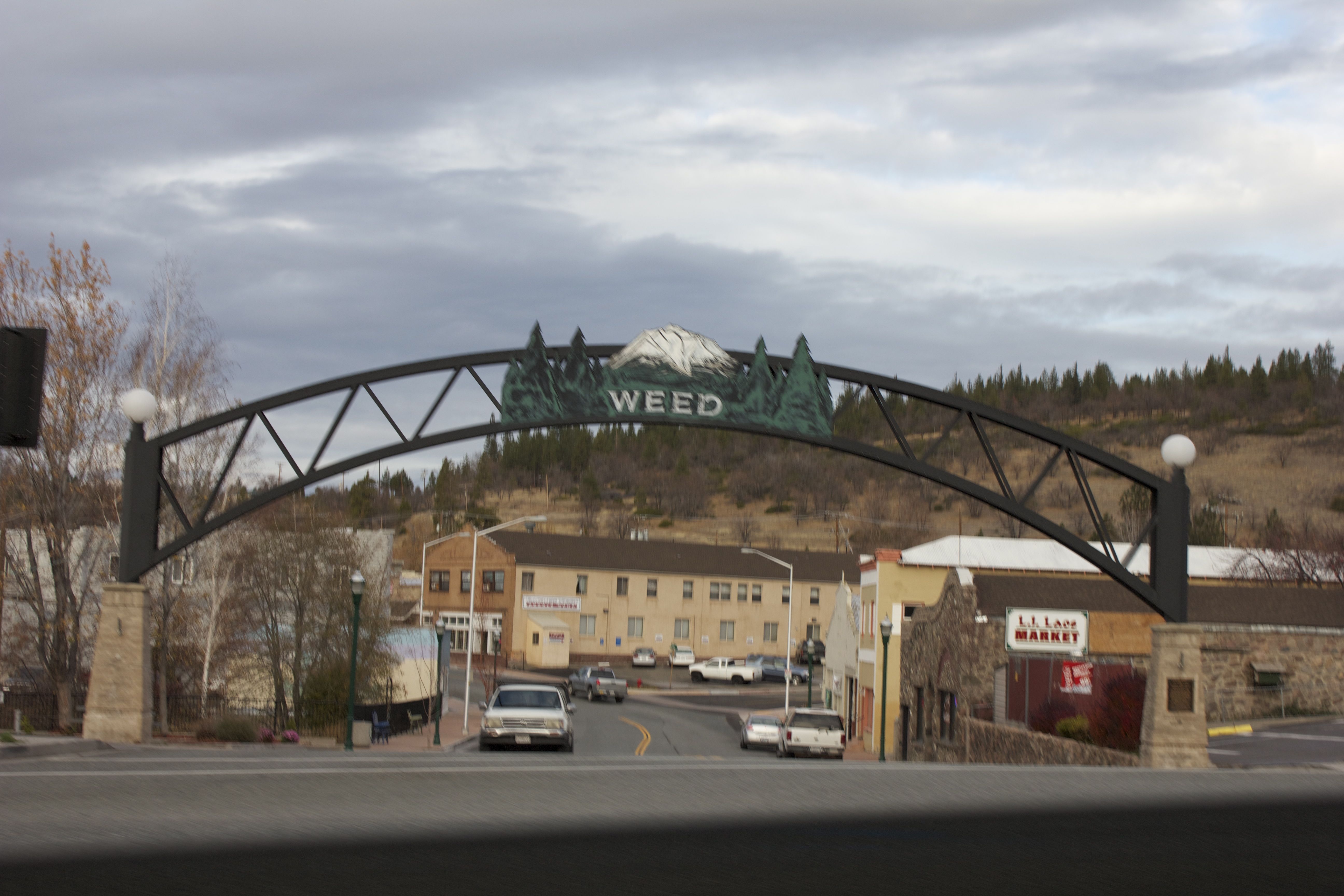 On our recent trip through Sasquatch’s neighborhood we spent a couple of weeks camping in Humboldt County, California. We even visited the town of Willow Creek, the bigfoot capital of the world! Willow Creek is the closest civilization to Bluff Creek, the site of Roger Patterson and Bob Gimlin’s famously controversial Bigfoot video from 1967. The town of less than 2000 people has a museum dedicated to the creature, Sasquatch murals all over town, and a giant sculpture or two! Willow creek even hosts an annual Bigfoot festival called “Bigfoot Daze.” Just try coming to this town and telling one of them Bigfoot isn’t real! 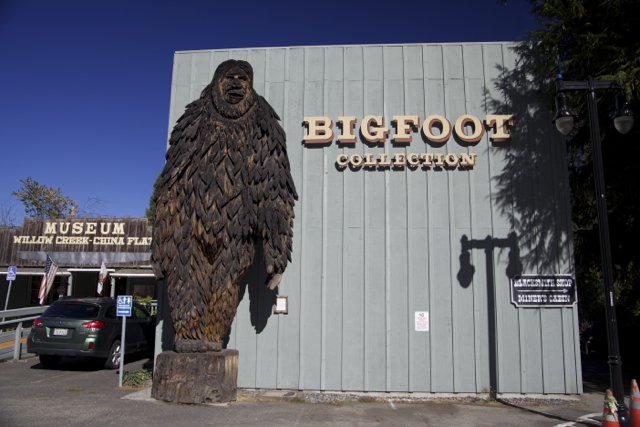 Willow Creek, CA: The Bigfoot Capital of the World

As for me, the jury is still out. I’ve got a lot more camping to do, and trees to knock on in the northwest before I’m willing to join up with the believers. I’m glad that I had the opportunity to learn a lot about this rather obscure bit of Pacific Northwestern culture, though. Who knows if Bigfoot is real or not? I’m just glad to know that some people are willing to get out there and look. You know, just in case.